The NutriBullet is a compact, powerful, and easy-to-use blender that’s gaining popularity, and with good reason. Don’t let its small stature fool you: these little blenders can pulverize fruits and veggies with the best of them, while being small enough to create the perfect serving of smoothie. However, lots of people, myself included, like to add ice to their smoothies. While these little Bullets are considered to be pretty powerful, can they be used to crush ice as easily as fruits and vegetables?

Before you get started on your ice-blending journey, there’s still much more to know. Below, I’ll cover the other important information about blending ice in a NutriBullet safely, so read on to learn more.

More on blending ice in a NutriBullet

NutriBullets are typically used to blend up fruits and vegetables for a quick and easy serving or two of your favorite smoothies. But a lot of people like to add ice to their smoothie recipes. The blended ice can help create a delightful, thicker texture and add a refreshing coldness to the smoothie.

You would think just by looking at the delicate little NutriBullet that it wouldn’t be able to cut up something as dense as ice, but in reality, a good number of NutriBullet models can blend up ice without a hitch. However, it’s important to note that while they weren’t technically made to do that, many NutriBullet owners claim that their Bullets can blend up ice almost as well as larger blenders.

Even the official manuals say that you can blend ice, so long as you do it correctly. And that’s the most important part—you must follow proper NutriBullet practices for blending ice or you could seriously damage your unit.

Now, with that said, you don’t really want to go around blending up just ice. If you try to do that, the powdery nature of the ice can severely clog, and most likely break, the blades. It is always recommended that if you want to blend ice, you also need to add a liquid of some kind, like water or even juice, to help the blender do its job.

Both the NutriBullet manual and official site claim that ice is okay to use, so long as your amount of ice never exceeds 25% of what makes up your smoothie. So, just how many ice cubes can you safely put inside your NutriBullet? Well, I can’t really give a flat answer to this question because the shapes and sizes of both the ice cubes and NutriBullet all depend on what you currently have in your kitchen. But assuming you’re using smaller-sized ice cubes, you can use about three or four. You’re mostly going to have to eyeball it. But, as I said, as long as your amount of ice doesn’t exceed the amount of liquid you have, you should be okay.

For best ease of blending, the smaller the ice cubes, the faster and more effective your NutriBullet can break it up. So, if you really want to add ice to your smoothies, opt for smaller, easier to break up ice cubes.

I am going to make a side note here about the Magic Bullet blender. This is the Bullet with one of the lowest wattages of all. At about 250 watts total, it makes it incapable of blending most, if not all, really hard ingredients. Unfortunately, ice tends to fall into the “really hard” category, and thus the Magic Bullet has trouble blending up ice and should not be used for such activities.

There is actually one particular kind of ice that even the itty-bitty Magic Bullet can blend. It comes from the Opal Ice Maker. My family has one of these and it’s pretty cool, if you’ll pardon the pun. The ice nuggets are just as cold as regular ice, but they are “softer” and easy to crunch without hurting your teeth. If your teeth can handle munching on these neat little nugs, the Magic Bullet can handle them, too.

Should you use ice in a NutriBullet? 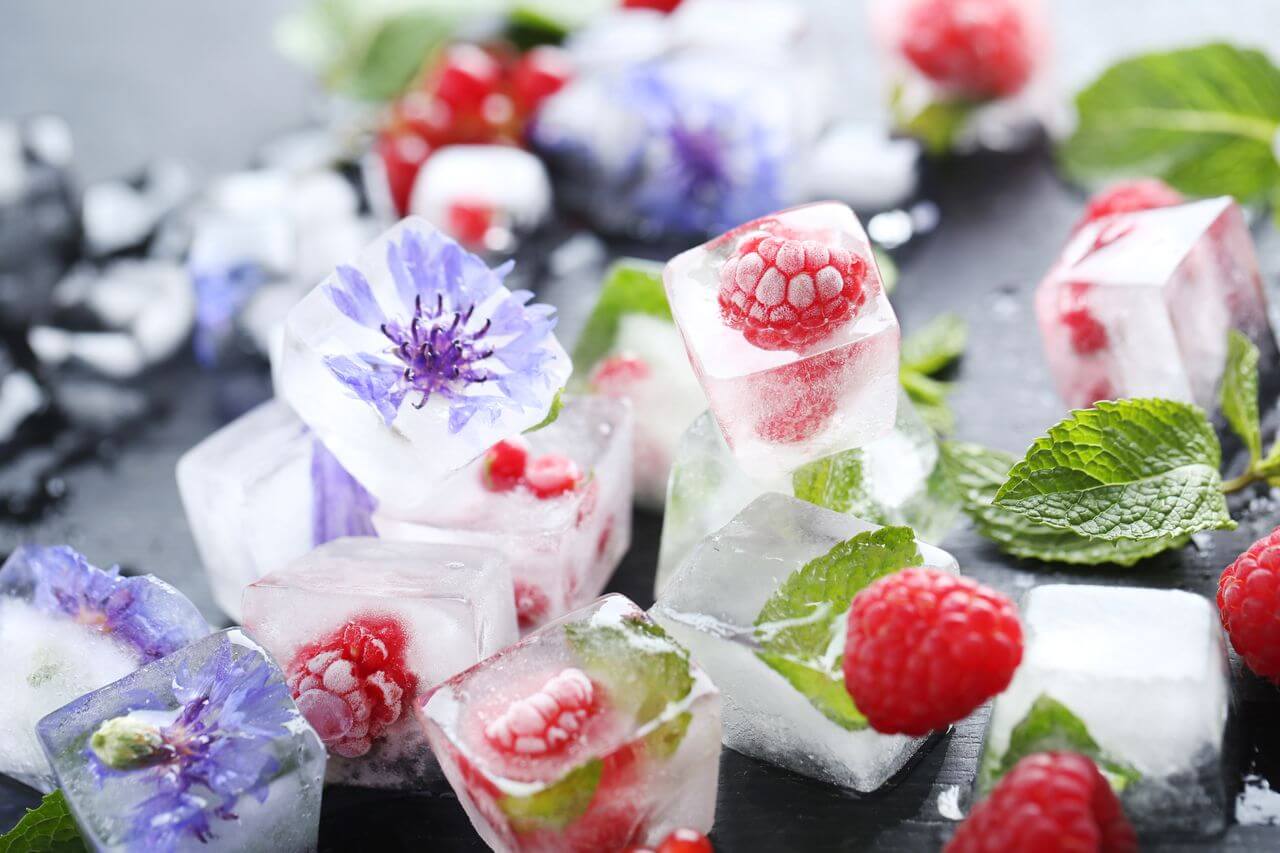 So, now you know that you can use ice in most NutriBullets, the next big question is, should you? What exactly could be the bane and benefit of using ice your NutriBullet?

Finding the right ratio of ice to liquid is important. Using too little ice means there won’t be any noticeable change in your smoothie. Too much ice and you run the risk of clogging or breaking your NutriBullet. Most of this has to do with some really careful eyeballing until you get it just right. For our science and math lovers in the audience, you can also measure it out and remember the perfect ratio.

Even with the correct ratio of solids to liquids, ice can be very dense and may dull the blades of your NutriBullet faster than, say, an apple might. If your ice cubes of choice are too large and dense, you run the risk of damaging the blades.

If you were hoping to use your NutriBullet to crush straight up ice for you—like for snow cones or something similar—I’m sad to say that this is highly discouraged. Tougher, thicker, harder ice is always bad, but any ice all on its own in a NutriBullet is just asking for trouble.

The Nutri Ninja is one of the few small blenders out there that can crush dry ice. It’s an affordable personal blender that crushes ice without added liquids like a champ. See it for yourself:

So if you’re in need for crushed ice for cocktails, frozen drinks, or snow cones, I would either get the Nutri Ninja, or the Aicok with the powerful 1,200-watt motor. They’re the best personal blenders for crushing ice out there.

Sometimes the amount of ice you may like to put in can take away the space you might have wanted to use for another ingredient. While you’ll be getting lots of water like the doctor ordered, you’re losing out on important nutrients.

Using ice in whatever you’re making can create a thicker body than without ice. However, this can also be achieved by using frozen ingredients. Perhaps if you’re turned off by frozen ingredients, then ice would be the best alternative.

The crushed ice can also add a pleasantly colder, more refreshing feeling to your smoothie, which is especially wonderful after a long and hot day.

Your specific NutriBullet manual probably says how much ice you can safely use; you just have to look for it and read carefully.

So long as you use small or tiny ice cubes, your NutriBullet will probably blend them up easily.

How should you add ice to a NutriBullet? 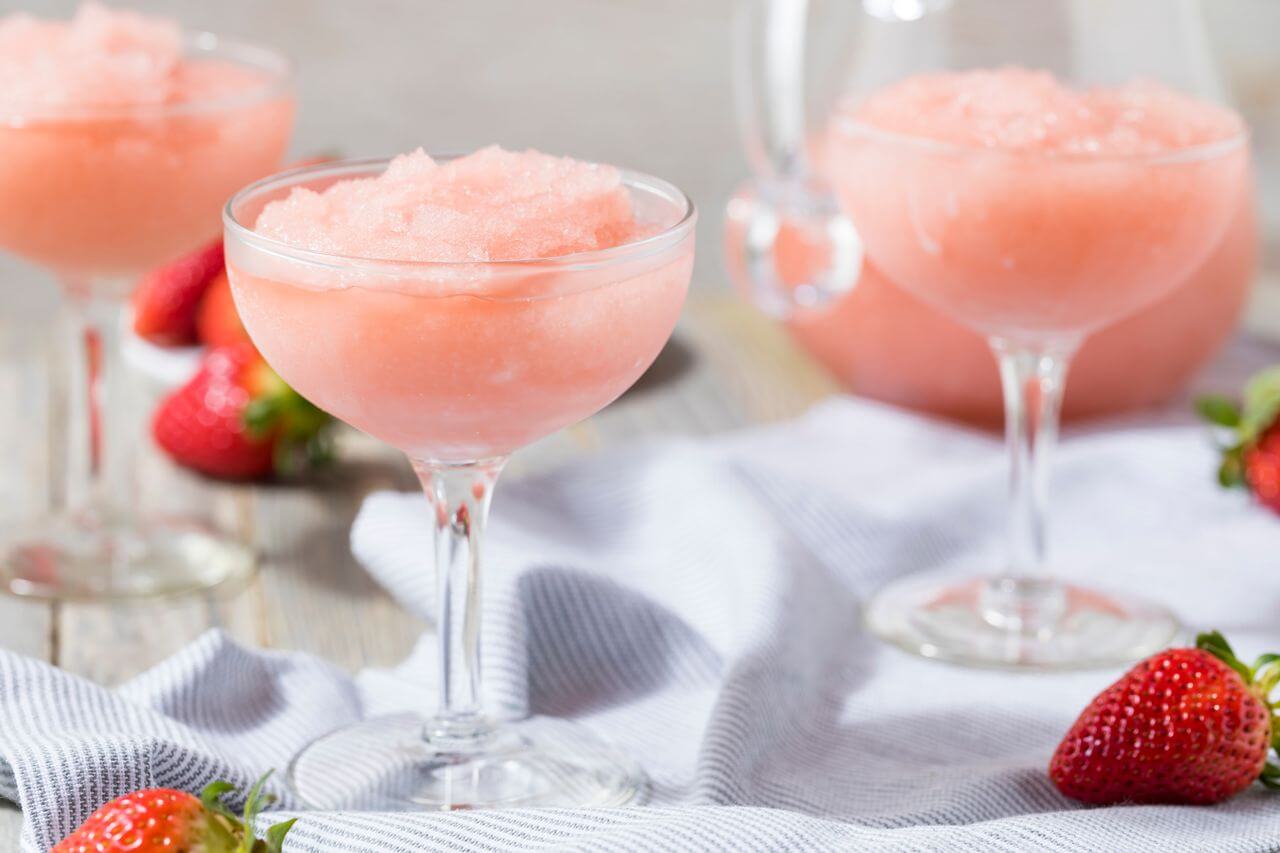 One thing you should always keep in mind when using any kind of blender: never ever overfill! If you just jam your ingredients into the blender without a second thought of the consequences, this can lead to catastrophe. The blades can get jammed from the lack of space, for one. More terrifying, you can easily fry the motor if you overfill a NutriBullet with ice and ingredients. Even a super powerful space blender probably won’t be able to handle the extra pressure of an over-full basket.

Before getting started with adding ice to your smoothies, you should hit up your owner’s manual and search for whether your specific NutriBullet can actually blend up ice. Once you’ve found out if it can, then be sure to follow the guidelines on how much ice can be added. A good place to start, as I mentioned briefly earlier, is that your ice should never make up more than 25% of the contents in your NutriBullet.

Since the NutriBullet wasn’t originally designed to blend up something as hard as ice, I would suggest adding the ice either at the top (first), or in the middle (second or so, depending on your ingredients), but never have it be the last thing that you add. Having the ice resting on the blades, like if it was the last thing you added, could damage the blades faster, as they have to work extra hard to get through the chunks.

I know I’ve said this a lot now, but it’s probably the most important part: always, always add a liquid. It doesn’t even have to be water, just as long as it’s fluid enough to count as a liquid. If you don’t have a liquid and you decide to add some ice, the probability of breaking your NutriBullet skyrockets. Think of the poor over-exerted Bullet; add some liquid!

While you can use the higher wattage NutriBullets for crushing ice, like the 600-watt models and up, the purists typically recommend against it for fear of breaking the blades faster. However, the manufacturers themselves have stated that the NutriBullet can in fact crush ice, just so long that it makes up no more than 25 percent of your overall mixture. You have to really pay attention and make sure you maintain the correct ratio of your solids (like the ice) to your liquids, otherwise you run the risk of damage your precious Bullet. After figuring the correct ratio of solids and liquids for your specific model of NutriBullet, you’re well on your way to making delicious smoothies, both fruity and green!

Can you use other frozen liquid cubes in place of water? Depending on the thickness of your chosen liquid, you can usually swap frozen water with something else. Popular favorites include, but aren’t limited to: coconut water, almond milk, and soy milk. You could also add a mixture of a few, such as two cubes of frozen soy milk and one cube of coconut ice. These are just suggestions, and you can try out whatever you think would fit best for you and your NutriBullet recipes.

Can you use frozen produce in a NutriBullet?Using frozen produce in place of ice is useful for enabling you to have a cold smoothie without needing to use up the limited space in the NutriBullet for ice. Not all NutriBullets can handle fully frozen produce equally, though. Lower wattage Bullets should have the produce at least slightly thawed and cut into smaller pieces before using, as they cannot handle as much as a higher wattage one can. Tougher frozen foods should be avoided entirely for low wattage NutriBullets, unless they have been cut really small. Always read your NutriBullet’s user manual for tips on what you can and cannot do.