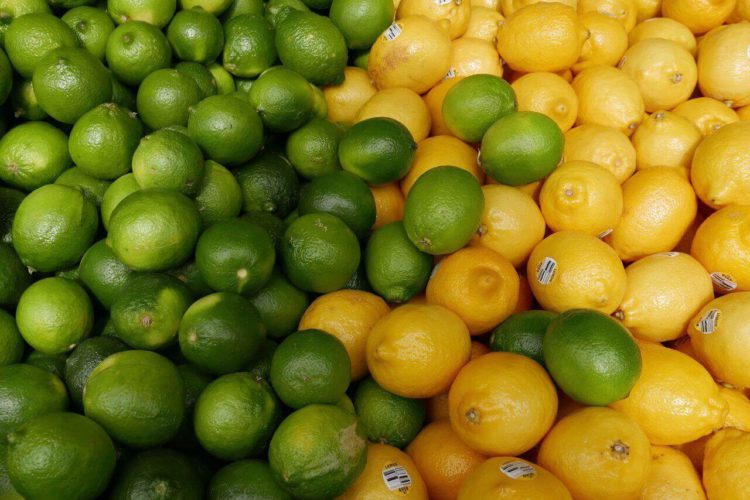 Both lemons and limes are an exceptionally nutritious and delicious citrus. It’s no wonder that they’re so popular, being used in a variety of applications such as cooking and cleaning. They can both deliver a nice and fresh, crisp, tartness. Their juices are no different, either. In fact, lemon juice and lime juice seem so similar that it can be hard to tell the difference if there even is any at all.

Lime juice vs. lemon juice – what is the difference? While lemons and limes may be different fruits altogether, they are still descendants of the same citrus fruit which makes them very nutritionally similar. However, they have a few distinct differences, such as lemon juice typically tasting sweeter than lime juice and limes containing more acidity than lemons.

The battle of lemon juice versus lime juice continues down below. If you wish to up your citrus knowledge and impress your friends, then read on to learn more about these two tart warriors. Okay, maybe your friends won’t be that impressed, but you’ll sure learn some new things to help you on your health and fitness journey!

More on the differences between limes and lemons 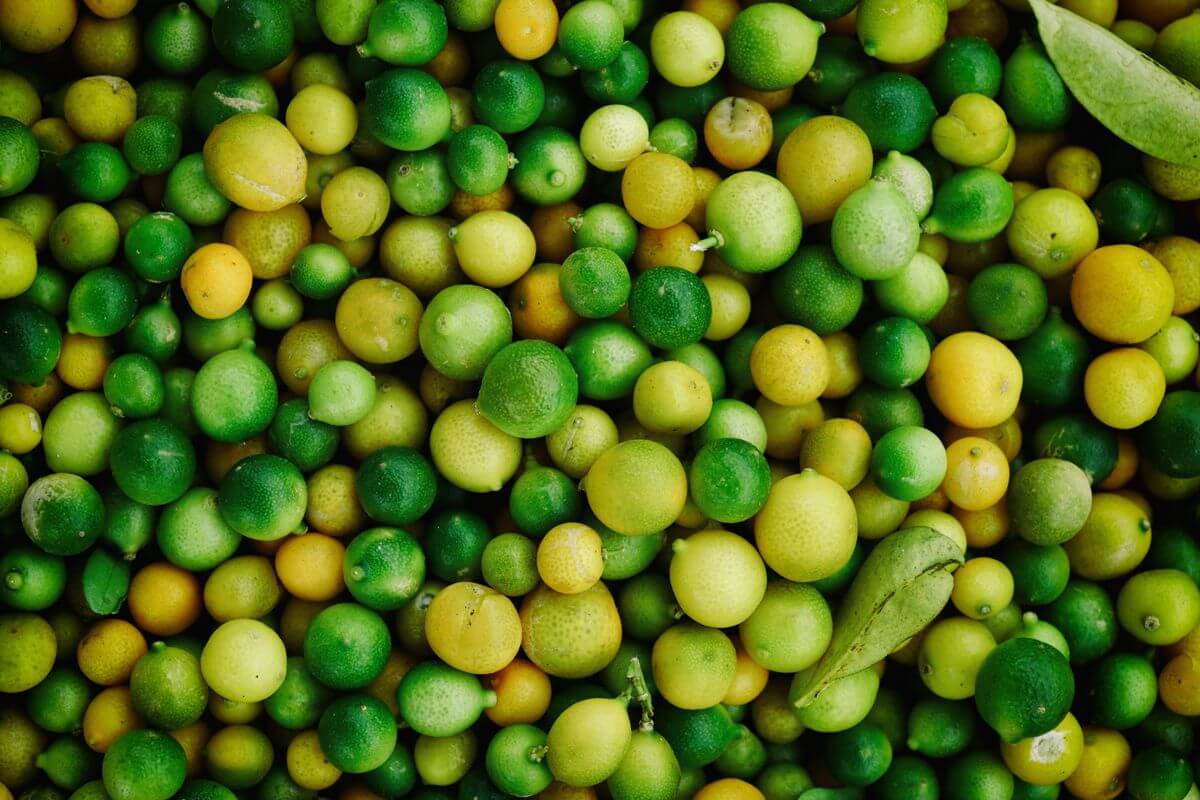 Before we get started on their juices, why don’t we learn a little more about the fruits as a whole? Both lemons and limes are descendants of the incredibly lumpy and downright gargoyle-ish fruit called a citron. Luckily, neither lemons nor limes inherited citron’s super thick rind or bumpy, gravel-like skin. While lemons and limes are now grown all over the place, they do have climates they prefer. Such as lemons preferring an area with a nice moderate climate, and limes liking areas that are more tropical.

Appearance of Limes vs Lemons

The major and most immediately noticeable difference between lemons and limes is their appearance. Once ripe and ready for consumption, lemons are oblong, like a football, and have two weird nubs on each end. They are also a cheerful bright yellow color and quite a bit larger when compared to limes. Depending on the size of your hand, you could probably fit one, maybe two lemons if you really stretch your fingers out.

Limes are a rounder shape and have no end nubs. They are usually somewhere between a deep dark green and a bright almost yellow green. Compared to most fruits, limes are pretty small, making them a good candidate for hiding in your pockets, if you wanted to do that for some reason. Their smaller size means you would need to juice more limes than lemons to get the same volume of liquid between the two.

Both lemon juice and lime juice are mostly colorless and foggy, and both have that bright and clean flavor juicers and smoothie enthusiasts love so much. Even when juiced, limes tend to offer more bitter notes than lemons do, but both are sour and will probably make your face pucker up a little.

Limes have around 6% acidity, whereas lemons have only 4.5%. Not only that, but lemons have a sugar content of about 2%, which doesn’t seem like a whole lot. But then we see that limes come in at about 0.5% to 0.75% because limes like to show off like that. Sugar has a way of lessening the effects of acidity, so the combination of lemon juice’s higher sugar with lower acidity really makes this juice sweeter.

While both lemons and limes can be described as sour, their additional notes are different. I’ve been over that lemons are sweeter, but for limes, they tend to have a bitter note. The slight bitterness of limes is probably what makes them great for mixing into drinks

Are lemons healthier than limes? 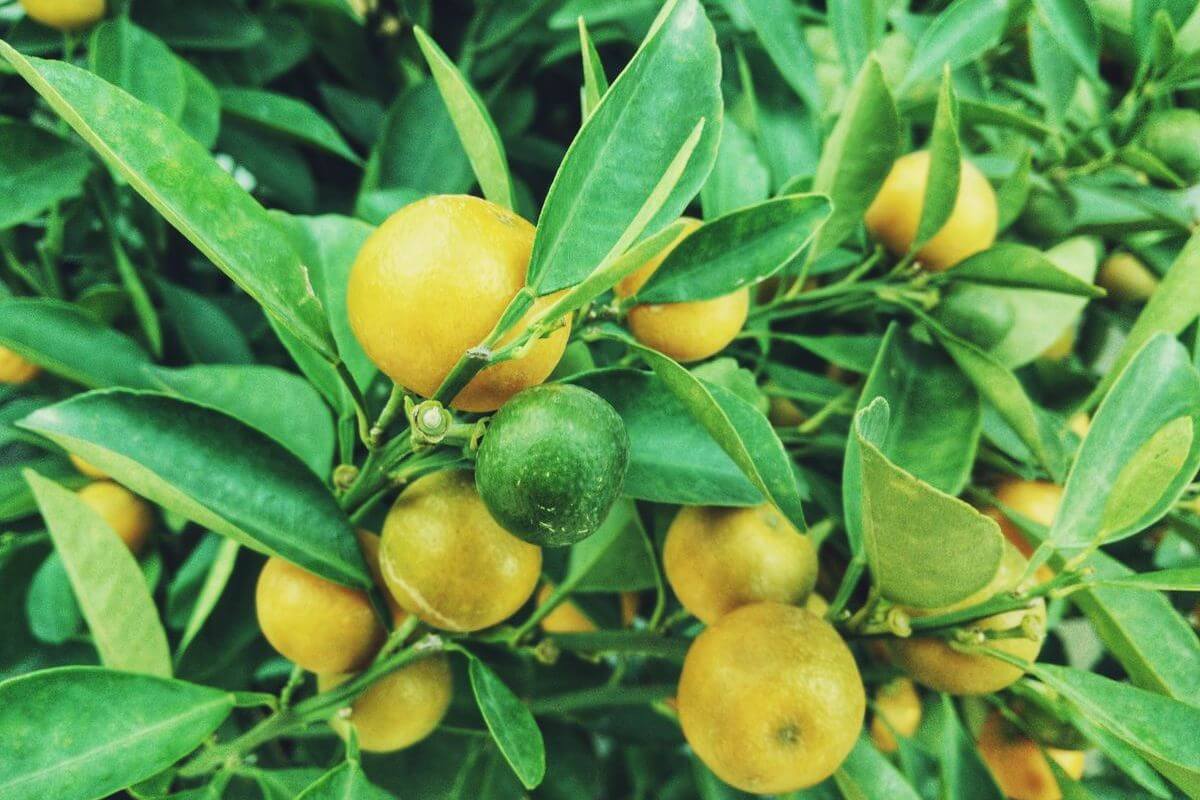 Nutritionally, lemons and limes are actually almost identical. When using similar serving sizes, they both contain a handful of beneficial vitamins and minerals such as iron and potassium in almost the same quantities. They also both contain other various plant minerals, similar to one another. The only major nutritional difference is that while they both have high amounts of vitamin C, with limes having about 35% to 48% of the recommended daily amount, lemons typically tend to have a significant amount more, coming in at around 64% to 88%.

Lemons or limes, both of their juices share around the same nutrition as the whole fruit. Minus the majority of the fiber that comes from the fruit’s tasty but also bitter flesh, of course.

Taste-wise, lemons tend to have a higher natural sugar content than limes do, which makes lemons taste sweeter than limes. Typically, that is. Some people claim that limes taste sweeter than lemons. This is probably not only because everyone tastes things differently, but lemons and limes are organic beings that will never be exactly the same as one another. Usually though, limes are slightly more bitter tasting than lemons because of the extra sugars that lemons have.

If we’re being super technical, then lemons are actually healthier than limes. But the difference is so little that it usually isn’t worth choosing one over the other unless you had a very specific reason why.

Can you use lime juice in place of lemon juice and vice versa? 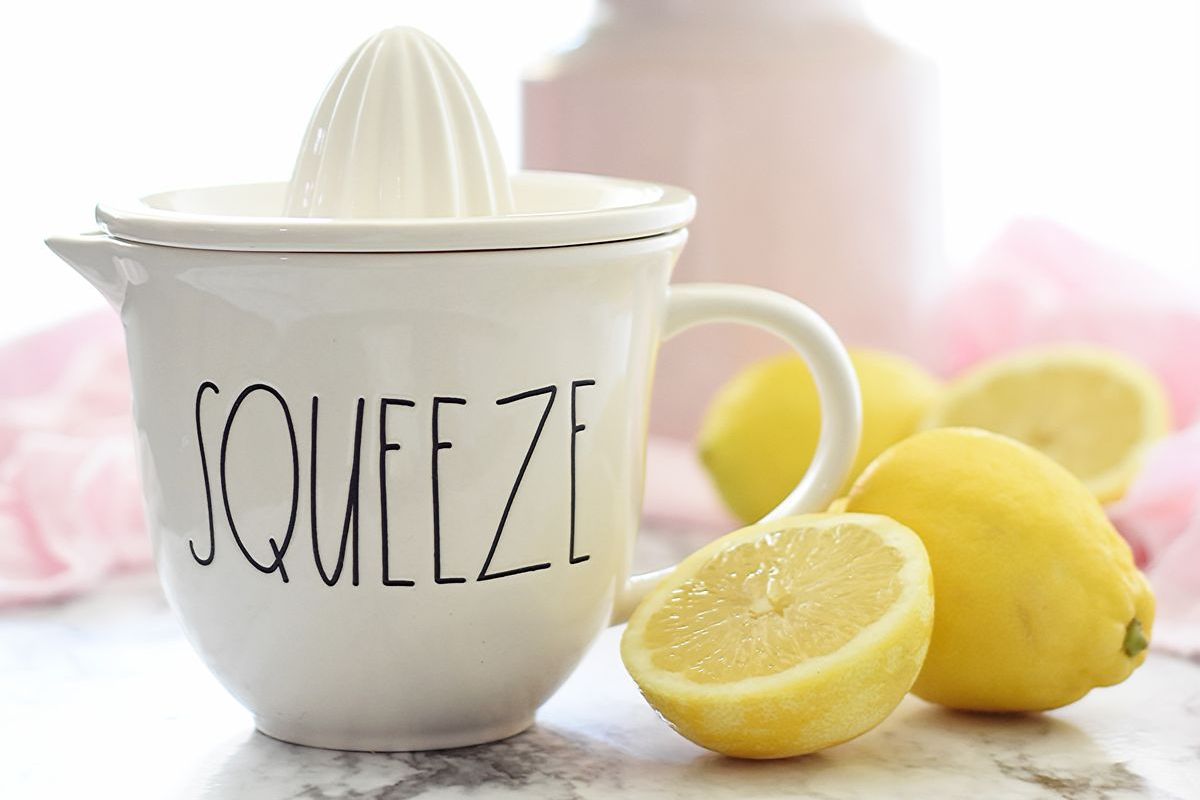 Okay, so lemon juice and lime juice are really similar, both nutritionally and flavor-wise, but aren’t the same fruit. Let’s go ahead and pretend that one of them has suddenly vanished into the Bermuda triangle of fruits. Or more likely you just ran out. Could you instead use one in place of the other?

Luckily, the answer is a resounding yes most of the time. Another good thing to note is that you would typically use the same amount of one that you would the other. No fancy math is needed here; get all those numbers away from me and my recipes.

What kinds of recipes can you use them in, you ask? The short answer is most of them. Long answer? It depends on what kind of recipe it is and what part the lemon or lime juice plays.

For recipes that call on juice for just the acidity, lemon juice and lime juice seem to be interchangeable for the most part. The difference that lemon and lime juice has in reference to acidity is negligible and most likely won’t affect the recipe.

For taste, if the recipe calls for lemon and you want to substitute with lime then keep in mind that limes are slightly more bitter than lemons. It probably won’t change the flavor too much, but there is still a chance that the flavor will come out differently. Just make note of that before you try swapping. This goes for the other way around as well. Lemons are slightly sweeter and it may not be noticeable in smaller quantities, but if the recipe calls for larger amounts of juice, it could be more noticeable.

Usually, limes are used in more savory dishes or mixed into drinks because of their bitter notes. Lemons are used widely in savory and sweet things alike. Lemons are also typically used more in aromatic and cleaning purposes, but this doesn’t mean you can’t swap them out for limes if you prefer some fun lime time.

Is homemade lemon or lime juice better than store-bought? Nutritionally and taste-wise homemade is usually the best option, since it is fresher and doesn’t have preservatives like most juices tend to have. However, store-bought lemon and lime juices usually have a higher acidity, which makes them a better option for recipes that need acidic ingredients. It really depends on what you need at the moment.

Can you use lemon and lime zest interchangeably? In most cases, yes, you can use them interchangeably. Just like the juice, you can use the zest of a lemon or lime in place of the other. Since zest tends to have a much stronger flavor than the fruit flesh or juice, it may be more noticeable that it’s from a different fruit. It most likely won’t affect it negatively, but it could still turn out differently.

Whether it’s the juice or the fruit in its entirety, lemons and limes tend to share almost the same stats both in taste and nutrition. One might have a marginal lead over the other in terms of acidity or sweetness, but since they are pretty similar to one another they can usually be used interchangeably. Just remember that even though they may share many similarities, they are, in fact, different fruits!