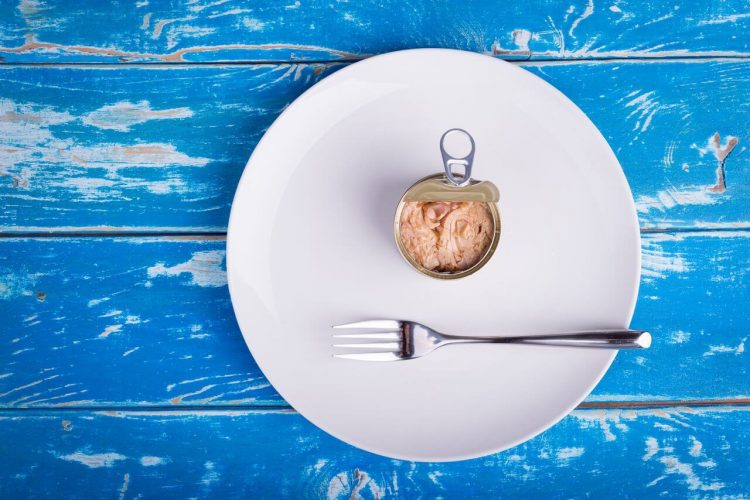 Since it’s packed with proteins and easy to incorporate into almost any meal, it’s no wonder tuna is a very popular type of fish. Canned tuna is probably one of the more widely available and easily accessible types of tuna. Seeing as this fish is very delicious and quite nutritious, it can be tempting to eat it right out of the can! But can you actually dive into this savory fish right away, or do you have to cook and prepare it first?

Is canned tuna cooked or raw? Most, if not all, canned tuna is cooked. Some canned tuna is even cooked twice to ensure that all of the bacteria and microorganisms have been completely killed before and after canning.

These tasty tuna facts don’t stop here, though! Read on the learn more about this delicious fish.

Should you cook canned tuna? 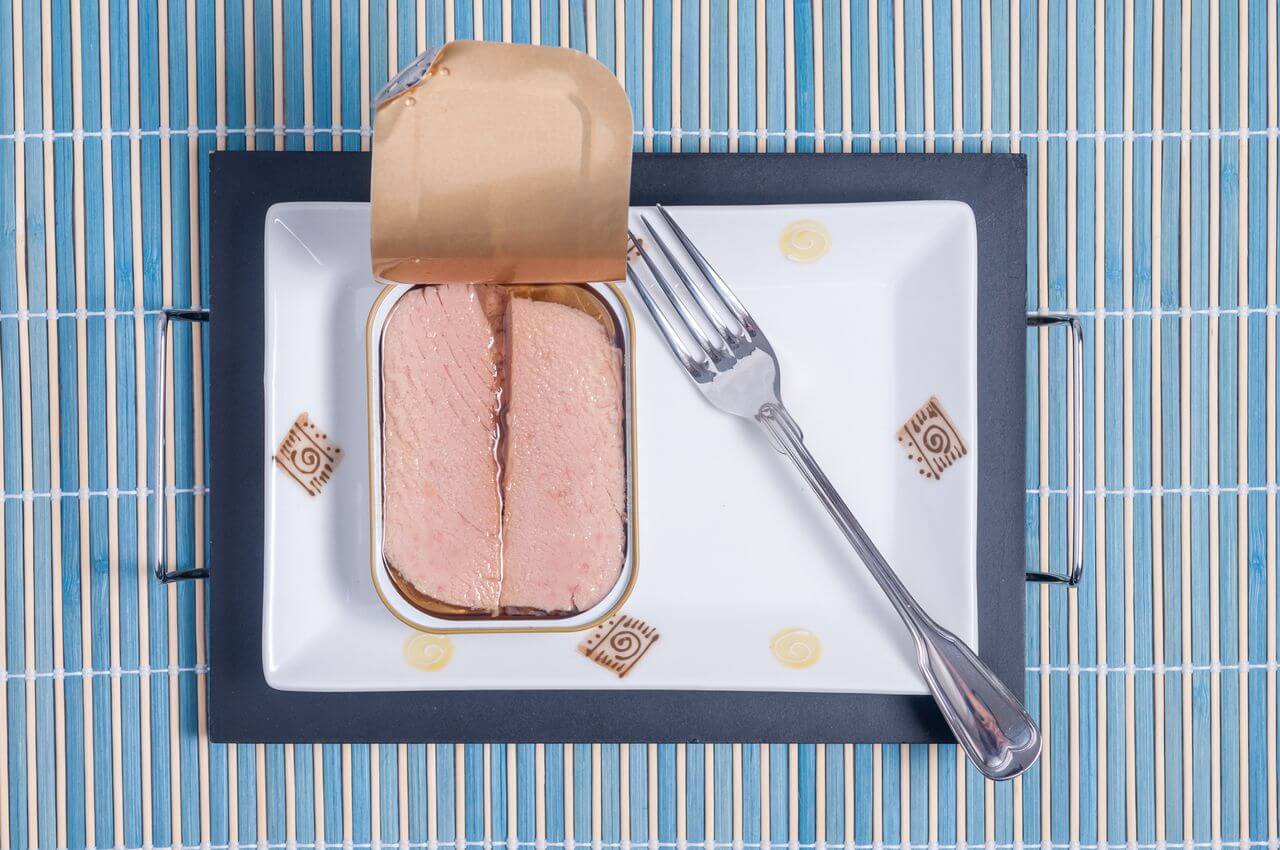 Depending on your canned tuna of choice, it has most likely already been cooked at least once, and sometimes even twice.

Heating the cans this hot kills any germs and microorganisms that may have been in, on, or around both the fish and the can. Since that temperature is much hotter than what you would typically cook this type of fish at, canned tuna usually ends up being quite over-cooked after it’s left the facility.

So, feeling the need to cook canned tuna again mostly depends on what type of tuna fish and brand you choose, and of course your personal preferences. Yet, for the most part, no, cooking it again probably wouldn’t really benefit you in any way except to make your tuna hotter. If you have decided that you want your tuna hotter, just keep in mind that it has most likely been quite thoroughly cooked already, so it shouldn’t need much longer in the heat. Just a quick warm up and then into your tummy!

What is the difference between canned and raw tuna? 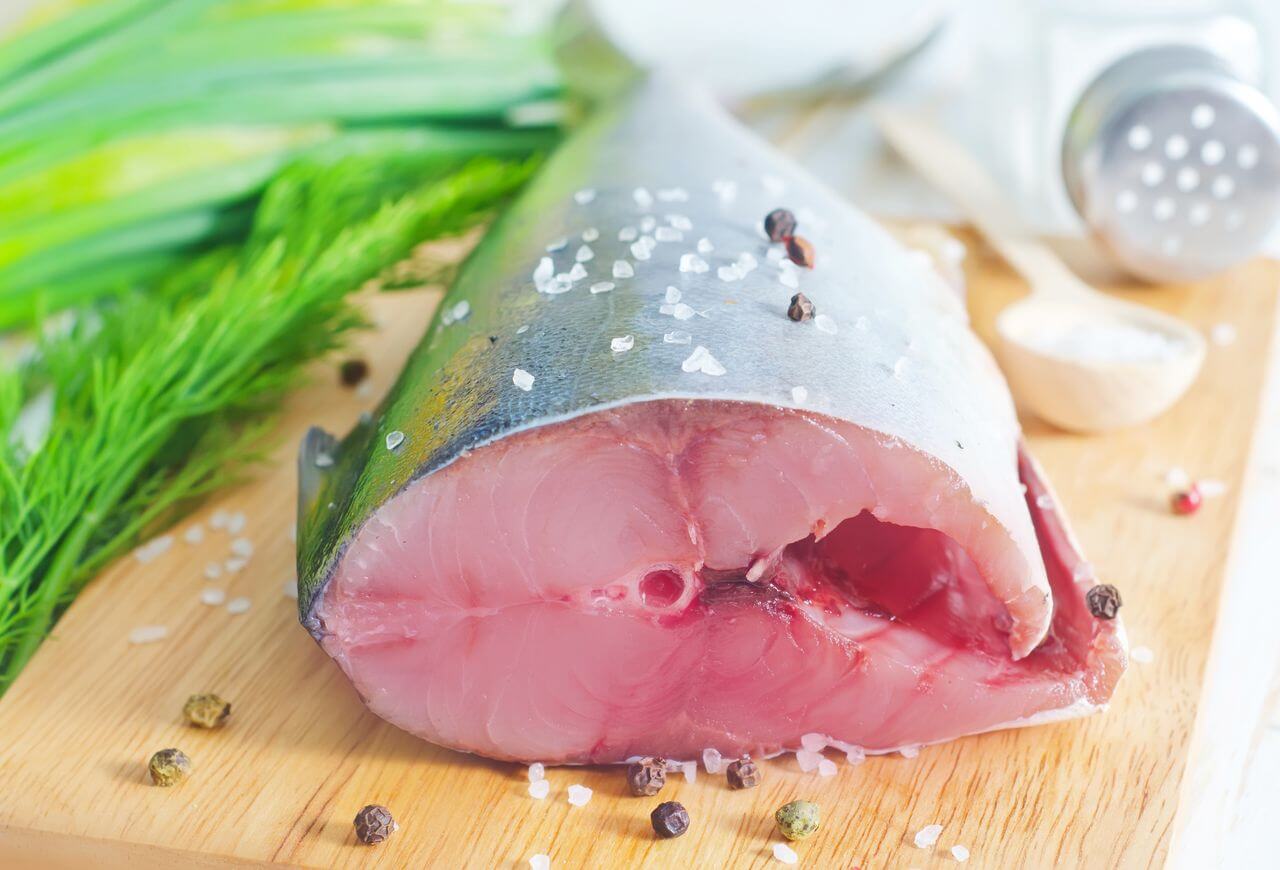 The most immediately noticeable difference between canned tuna and raw tuna is their price points: canned tuna is usually much cheaper and easier to find in a wide variety of markets, while fresh tuna is a specialty fish that costs more per pound than canned tuna does. Fresh tuna also isn’t really sold in places like standard supermarkets, which makes it a little harder to come by.

Another obvious difference is their appearance. Fresh tuna steaks are usually the prettiest looking of the cuts from the tuna fish. They look almost like raw beef steaks, with a shiny appearance and tempting color. When the tuna is raw, it can range in color from a light rosy pink to a deep and rich red.

Canned tuna is sometimes made with parts that don’t look as nice as tuna steaks do. Even though they don’t look as nice, that doesn’t mean that they aren’t as nutritious or are worse overall. These parts are fully edible and contain awesome nutrients. It’s just that their only downside is that they don’t typically look quite as nice as the other cuts from the fish. As long as it tastes good, I don’t really care what my food looks like!

Tuna steaks are also usually sold raw, while canned tuna is, well, canned. That’s surely much easier to tell the difference between the two.

Which is better: canned or fresh tuna?

Canned tuna is usually much cheaper and quicker to prepare and eat than going out and buying a slab of fresh tuna. That said, canned tuna lacks the juicy texture and rich flavor that fresh tuna excels at.

The texture and taste of canned tuna is drastically different than the fresh tuna. Fresh tuna, when prepared correctly, tastes light, juicy, and almost buttery in texture. Whereas canned tuna is a little bland and sometimes tastes like the can it was in. Texture-wise, canned tuna can be kind of dry and chalky.

How long does canned tuna last?

Canned foods tend to last almost disconcertingly long times, depending on what exactly has been canned and when. Does this apply to tuna, though? Fresh fish isn’t exactly known for its shelf life. Surely, canning it can’t make it last that much longer, right?

Fun fact about canning: when it’s done right, it creates an air-tight seal. Without any air in the container, the shelf life of whatever is canned has been extended because there is no air to feed bacteria, and no way bacteria can even get inside. Couple that with the fact that canning involves blasting intense heat through the whole thing, thus killing all potential germs, this, overall, creates a nice and sterile environment that can lengthen the shelf life of the tuna significantly.

Depending on the type, brand, and method of canning, some canned tuna can last from a measly one year, to an incredible five years. For best results, canned tuna should be kept unopened and stored in a dark and temperature-controlled area. Cooler is better, but don’t let it freeze. To be sure you’re storing your particular can of tuna properly, check what’s specified on the package itself.

Once opened, canned tuna should be eaten immediately for best results. However, it can sometimes be refrigerated in an airtight container for at least a day. It is not recommended to freeze canned tuna, even out of the can.

What about freshness in canned tuna? We know canning doesn’t make food immortal, but canned food can actually last much longer than the packages state. How do you know your canned tuna is still good? The smell test can be helpful—if it smells bad, don’t eat it. But some people think all tuna smells bad. If you are unsure of the freshness of your tuna, it is best to not risk it. Fish can be harmful once spoiled, even the canned kind.

Does canning tuna take away its nutrition? 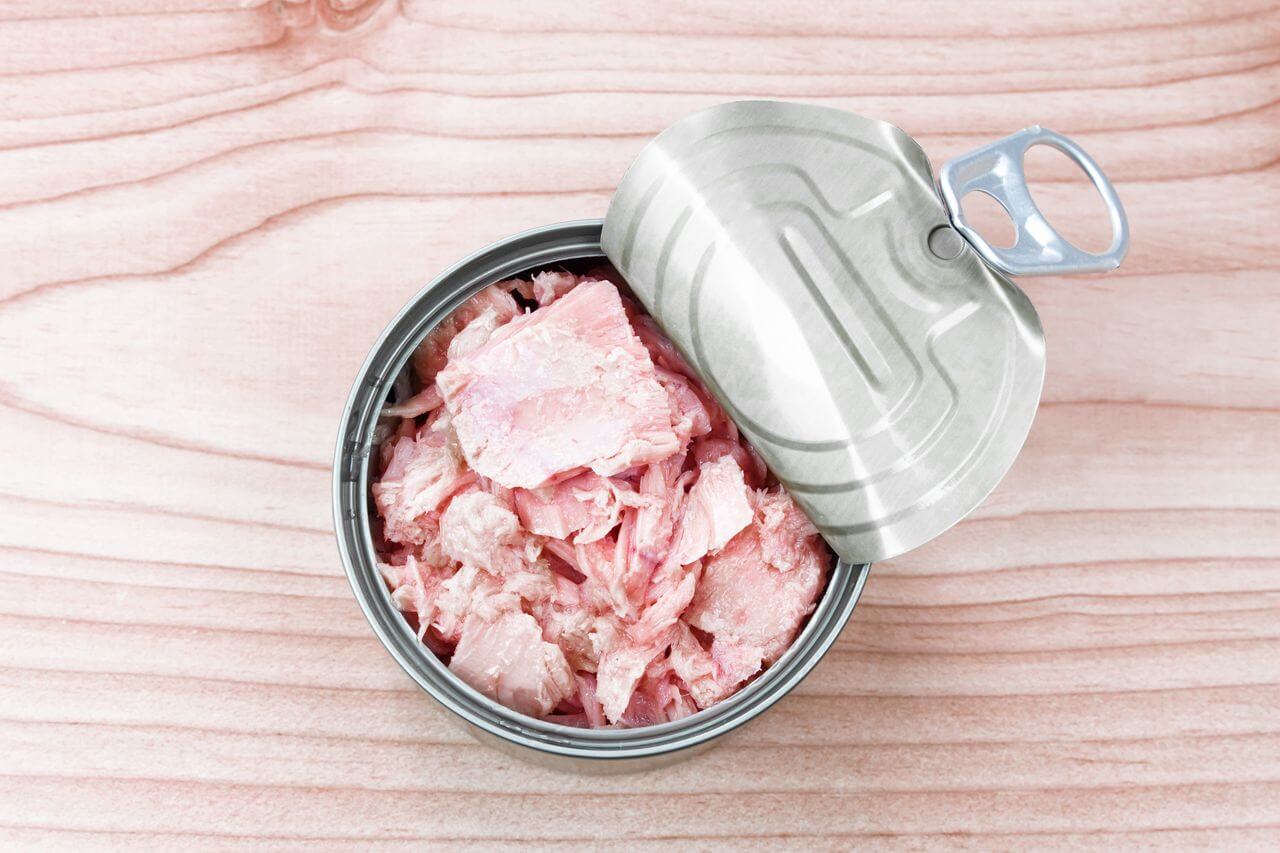 Cooking food can bring out nutrition and kill germs, especially in meats. When you cook something for too long, though, it can remove most or even all of a food’s natural nutrition. It can also affect the flavor and texture of it, usually in a negative way. Since canned tuna is cooked at a temperature beyond what is usually recommended to cook it at, and for a very lengthy time frame, this would seem like it would make the tuna a practically nutrition-less husk of its former self.

While it’s true that the intensive canning process can strip some nutrition from the tuna, it’s not as much as it would seem.

The main reason for eating fish is that most contain omega-3 fatty acids, which your body benefits greatly from absorbing. Unfortunately, this is one of the things that tuna can lose pretty easily, so by the time tuna has finished its canning process, a little bit of this fatty acid has been lost. The good news is that not a lot of it has been lost, and eating canned tuna can still give you a slight boost.

Canned tuna is almost always cooked, sometimes even twice, to eliminate any yucky germs and sea-borne microorganisms that may have possibly been floating around with the fish while it was in the sea. Since canned tuna is already cooked, unless stated otherwise, you can usually just eat it right out of the can; no one can stop you. While canning tuna does take away some of the nutritional value of the fish, it’s not a very significant chunk.

Is canned tuna healthy? Canned tuna may not be the healthiest way to eat tuna, but it does retain most of its original nutritional value after being canned. Canned tuna has decent amounts of omega-3 fatty acids, protein, the antioxidant selenium, and vitamin D. However, tuna also has a higher mercury content than most other fish, and should be eaten in moderation.