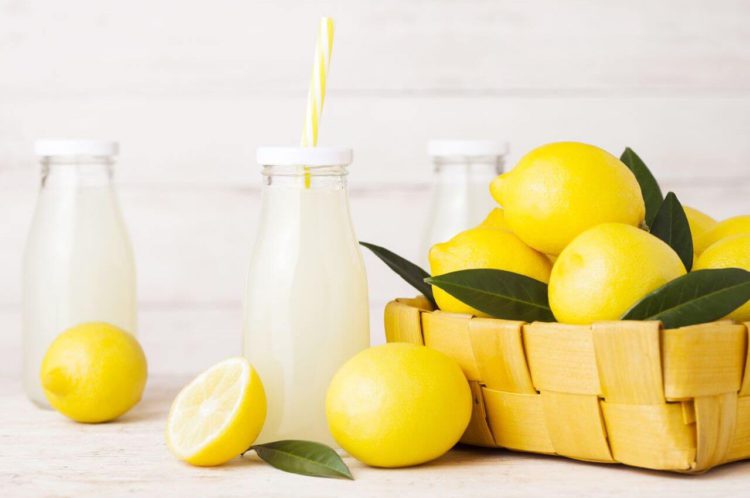 Sometimes when you’re making something you don’t check to see if you have everything you need. We’ve all been there; it’s okay. When a recipe calls for lemon juice but all you have is lemon extract, you may be hesitant to reach for the extract. And it could be for a good reason, after all they are different. But just how different are they? Can you really use lemon extract in place of lemon juice?

Is lemon extract a good substitute for lemon juice? Depending on the usage, yes. You can sometimes use lemon extract in place of lemon juice in recipes. You should use only half as much as the recipe asks for, and add the rest in water.

There’s so much to this topic, we figured it deserved a whole article to itself. Read on to learn more about when you should and shouldn’t use lemon extract in place of lemon juice and how it may have an effect on what you’re planning on making.

What are the differences between lemon juice and lemon extract? 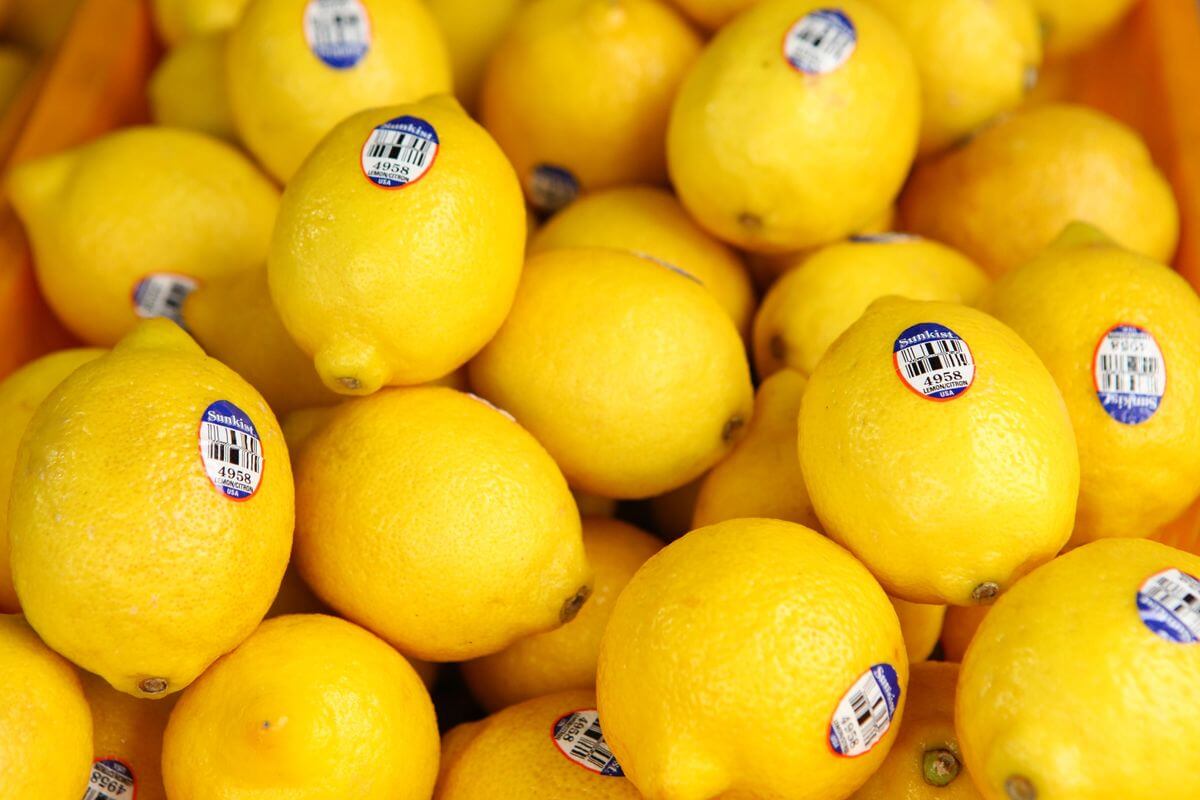 This is a common question, and it’s easy to see why people can get confused. Let’s shed some light on the differences, shall we?

Lemon juice is usually as simple as the name implies. It is the juice squeezed or otherwise extracted from fresh lemons. Some store-bought lemon juices may have preservatives to extend their shelf-life, and some add a little water. Try to avoid those if you’re looking for ways to reduce additives, but they’re generally okay for occasional use. Even with the additives, store-bought lemon juice is basically just juice.

Lemon extract is a little more involved. It’s not quite juice, but you might think of it as super juice, in a way. Let me explain. For lemon extract, the flavor from the zest of a lemon is extracted with alcohol or oils such as glycerin for about three to four weeks, undisturbed. The resulting extract has a more potent flavor in less volume than the juice has. However, it still has that same wondrous zing that lemons have. Since lemon extract is made with only the zest of lemons, it is missing the tartness that the lemon juice contains.

While lemon juice has many uses such as cooking, baking, cleaning, and more, lemon extract is typically only used for baking sweet confectionery things. Lemon extract isn’t really recommended for cooking savory foods. If used in savory foods, lemon extract may not impart a flavor into the food, and instead may only smell like lemons, if it has an effect at all.

How can you use lemon extract in place of lemon juice?

When using lemon extract in place of lemon juice, you should use less than the recipe initially suggested. This is because lemon extract is a more concentrated flavor than lemon juice is. You don’t want to destroy whatever you’re making with the lemon-y fires of strong extracts. Truly a bitter fate.

While you can occasionally use lemon extract in place of lemon juice, there are times when you shouldn’t do this. For example, if a recipe calls for lemon juice for not just the flavor, but the acidity, you don’t want to switch it out with lemon extract. But why?

If the tartness and natural acidity of lemon juice are what your recipe is calling for, then lemon extract would fail you miserably. Lemon extract contains no actual acidity. In fact, it’s not even a tart flavor—just the sweetness of the lemon and some alcohol. In some instances, you can add tartness and acidity by adding things like vinegar or sour cream, but this may not always work and might even over-power the lemon extract.

Sometimes, it’s easier and smarter to just take the time to juice some lemons instead of risking it with lemon extract.

If you feel like experimenting though, you can try out different ways to incorporate lemon extract in places where lemon juice would be used. How brave are you feeling? It’s fun to experiment, but keep in mind that certain things just don’t work together as well.

Is lemon juice better for you than lemon extract? 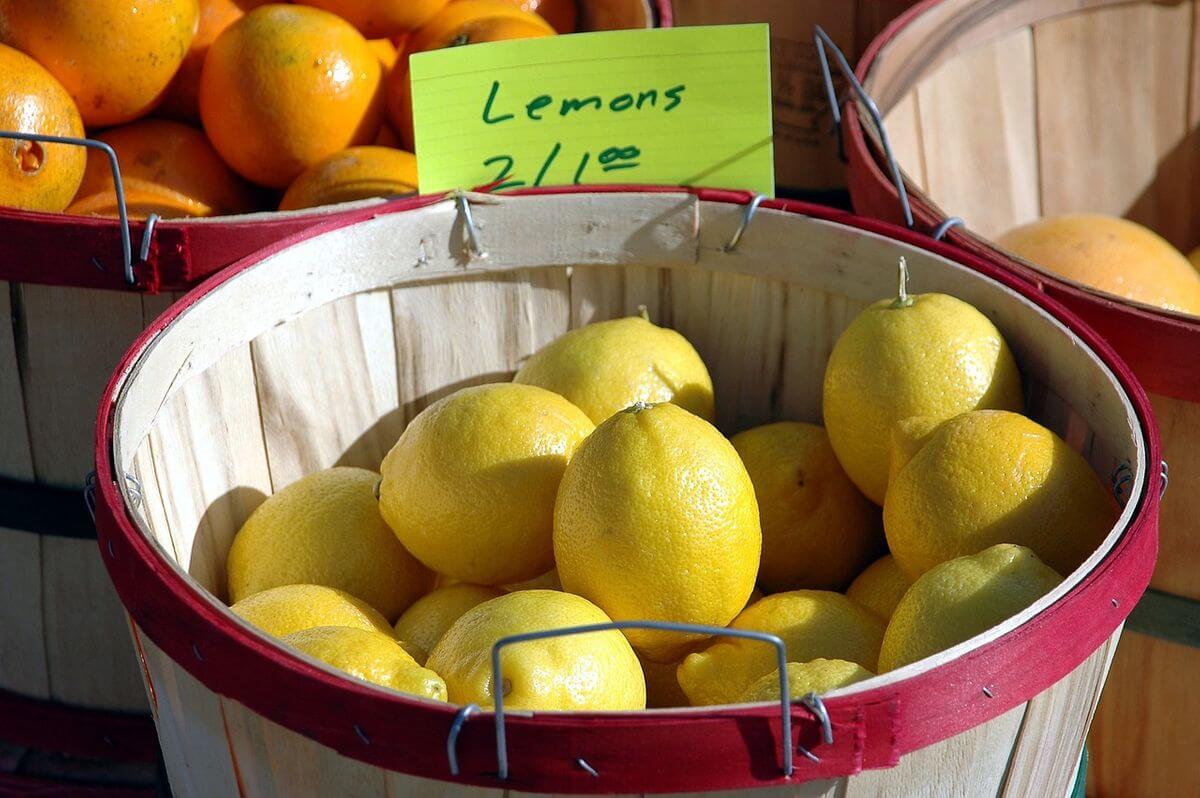 The ingredients of lemon juice should come as no surprise: it’s the juice from lemons, which means you get all the goodies Mother Nature intended you to have by sucking on a lemon.

Lemon extract, however, may seem a little concerning. After all, lemon extract is made with lemon peels and alcohol, usually vodka. While lemon peels themselves are fine, alcohol isn’t exactly considered healthy, is it? But does this make lemon extract bad for you?

Extract itself isn’t inherently bad for you; in fact, it’s usually lacking any real nutritional value or consideration, despite the fact it’s made with zest and alcohol. Pair that lack of nutrition with the fact that you’re not usually supposed to use large amounts of extract. It will typically only take a small splash or so to flavor something. However, some extracts–namely vanilla–will have corn syrup added that may change their nutritional value, and not for the better.

When lemon extract is compared to lemon juice, however, there is quite a bit of difference. While lemon extract may lack nutritional value, lemon juice is actually very good for you. Lemon juice has significant amounts of vitamin C and other trace minerals.

Not all extracts are created the same way, though. Some types of extracts are made with food grade glycerin instead of alcohol. These kinds tend to be a tad sweeter than their more intense cousins, and are great if you don’t want to use alcohol-based extracts.

Bottom line? Lemon juice is usually healthier than lemon extract because the way it is made keeps almost all of a lemon’s natural benefits.

How is imitation lemon extract different from the real thing?

Imitation extract is usually much cheaper to buy than the real deal. Sadly, this reflects on the taste and quality as well. Let’s say you’re making some lemon-flavored icing and are using imitation extract. Rather than your icing tasting like a tasty lemon delight, instead it may end up tasting more like sugar that was once told what a lemon might taste like. We’re talking weak, folks, and nobody wants weak lemon frosting.

I’m not saying imitation extracts are always bad and should be banished from existence. In some instances, they can be helpful. They just usually don’t taste as fresh or real as the other stuff. It really depends what you’re putting it in and whether you’re tasting it next to pure extracts or not. Also, budget is always a concern. If it’s all you can afford, it’s better than no lemon flavor.

One thing to keep in mind, however, is that imitation extracts can be made with a variety of things. Some of which are… less than appetizing. Maybe even borderline gross, depending on your opinion. This is a health website after all, so let’s be honest. We’re talking about synthetic chemicals and nastiness. Just be sure to check the ingredients.

Regardless of what they’re made of, they are still completely edible—according to the FDA, that is. Just don’t go around chugging straight extract; that’s awful whether it is pure or imitation extract.

Whether you’ve run out of lemon juice or were just wondering if extract could take its place, lemon extract can actually be used in certain circumstances in place of lemon juice. While whatever you’re making is most likely not going to turn out the same as it would if you were to use lemon juice, in a pinch this might work out just fine.

Just remember to use half as much extract as you would lemon juice, and add in some of the lost liquid by using plain water. If what you’re making relies on the acidity of lemon juice, you can add some acidity, or just not substitute.

Again, I can’t stress enough that using real lemon juice is a healthier and tastier way to flavor your drinks or foods. It’s also the best way to get a boost of mega nutrients, while extract is giving you a whole lot of nothing.

Is lemon oil the same as lemon extract? No, they are different. Lemon extract is typically used for baking and usually only that. Lemon oil is used more for adding a lemon scent to something. Things such as soaps, cleaning agents, bath bombs, and things like that. Lemon oil typically isn’t edible and should not be ingested.

Can you drink lemon extract? No, it’s not safe to drink straight lemon extract. Not only will it taste horrendous, but you will most likely get terribly ill. You might also exude lemon scent out of every pore for a few weeks. If you’re just trying to get drunk off of it, you’re going to get sick before anything else happens. Just don’t drink extracts, ever.