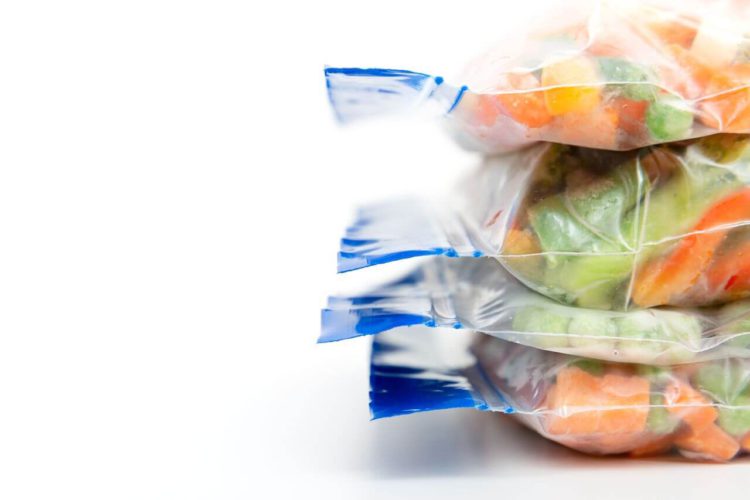 I probably don’t have to tell you how healthy vegetables are. Many studies have shown that regular consumption of veggies can have great effects on your health, since veggies carry nutrients that out bodies need to function. For some though, even when they know the nutritional value of vegetables, they have trouble hitting their daily intake. But what if I told you there may be a way to combine the delicious flavor of smoothies with the health benefits of vegetables? Is it even possible to work such magic?

Not only can you make some downright tasty veggie smoothies, but there are some great combinations to try, along with more information on this question down below.

Do you have to wash frozen vegetables?

For most store-bought prepackaged frozen vegetables, no you don’t have to wash them. Part of the process that these veggies go through for preservation involves washing and trimming them, then blasting them with boiling water or steam. This process is called blanching and usually removes any harmful bacteria. After blanching, they are then flash frozen before more germs can invade your precious veggies.

If you are still worried about germs or have a compromised immune system, then you can always blanch them yourself a second time. However, by doing this you are most likely going to make the veggies mushy. They will also lose some of their nutrients, texture, and the flavor might also go off. That part might not sound bad for blending them, but it may make your smoothie have an odd aftertaste.

Please notice that I’m saying “blanch” and not “bleach”. Definitely do not bleach your vegetables. That’s super duper bad in every way.

What kind of frozen vegetables are best for smoothies?

Most vegetables should be great in smoothies, but some will just overpower everything else you put in there—frozen or fresh. That might not be a bad thing if you like the taste of vegetables, but everyone has different tastes and some might not like an obvious veggie taste.

The seeds of some berries might not be fully blended, even with a high-powered blender, because they are so small. If you see seeds in your smoothie, then it’s most likely from the berries. If you don’t want the seeds, you can try to strain them with a fine mesh strainer or cheesecloth. It should be noted though that this can sometimes be quite messy. Perhaps it’s wise to only attempt this over the sink.

If you don’t have a very powerful blender, you may have to cut certain veggies smaller so they can get properly incorporated into your smoothie. While frozen veggies tend to be a little harder to cut than fresh veggies, another way to get smaller pieces is to put the frozen veggies into a bag and just smash them. Mmm, tasty veggie shards.

Another thing to keep in mind is that high-powered blenders are probably going to give you the smoothest smoothie of all. You can check out our list of the best blenders for green smoothies here.

If you like the smoothest of smoothies and don’t want to get a pricey blender, you can try cutting up or smashing your veggies into bite-sized pieces. This should help your lower powered blender do its job better.

But, if you would prefer a smoothie that’s not quite so smooth and you have a high-powered blender, try blending for less time. You should still use frozen veggie pieces rather than the whole thing, as using the whole frozen vegetable may just break your blender. Then you wouldn’t have a smoothie, you would have sadness.

Some of my personal favorite veggie smoothie combos include:

I don’t actually measure how much I’m putting in my blender when I’m making my veggie smoothies, but that’s a pretty close approximate on the amounts. Feel free to try any of these and adjust to your tastes. Experiment with different types of frozen veggies with either fresh or frozen berries and fruits and see what tasty combinations you can come up with. I’d love to hear what you discover!

Are frozen vegetables better for smoothies than fresh vegetables?

Typically, the fresher the vegetables you can get, the more nutrients are going to be inside, but the difference isn’t by much. So that would seem like frozen vegetables wouldn’t be very nutritious, right? Well, that’s not quite true.

Vegetables that are going to be frozen are typically picked at the prime of their season and then immediately brought over to the facility that freezes them. This means that they actually retain more of their nutrition for longer than fresh veggies do. Mind blown? Mine too.

A nice bonus to using frozen veggies instead of fresh is that you most likely won’t have to add ice, as they are already like ice. The texture, as well as the consistency, might be better overall because fresh vegetables contain a significant amount of water and can make your smoothie full of too much liquid.

Some vegetables when frozen may actually be much better in smoothies than fresh vegetables due to a change in either their consistency or taste, sometimes both. Kale, for example, has been said to taste less bitter when frozen. Whereas fresh kale has been said to get almost gritty and leave a slight bitter aftertaste in a smoothie.

How do you freeze fresh vegetables for smoothies? 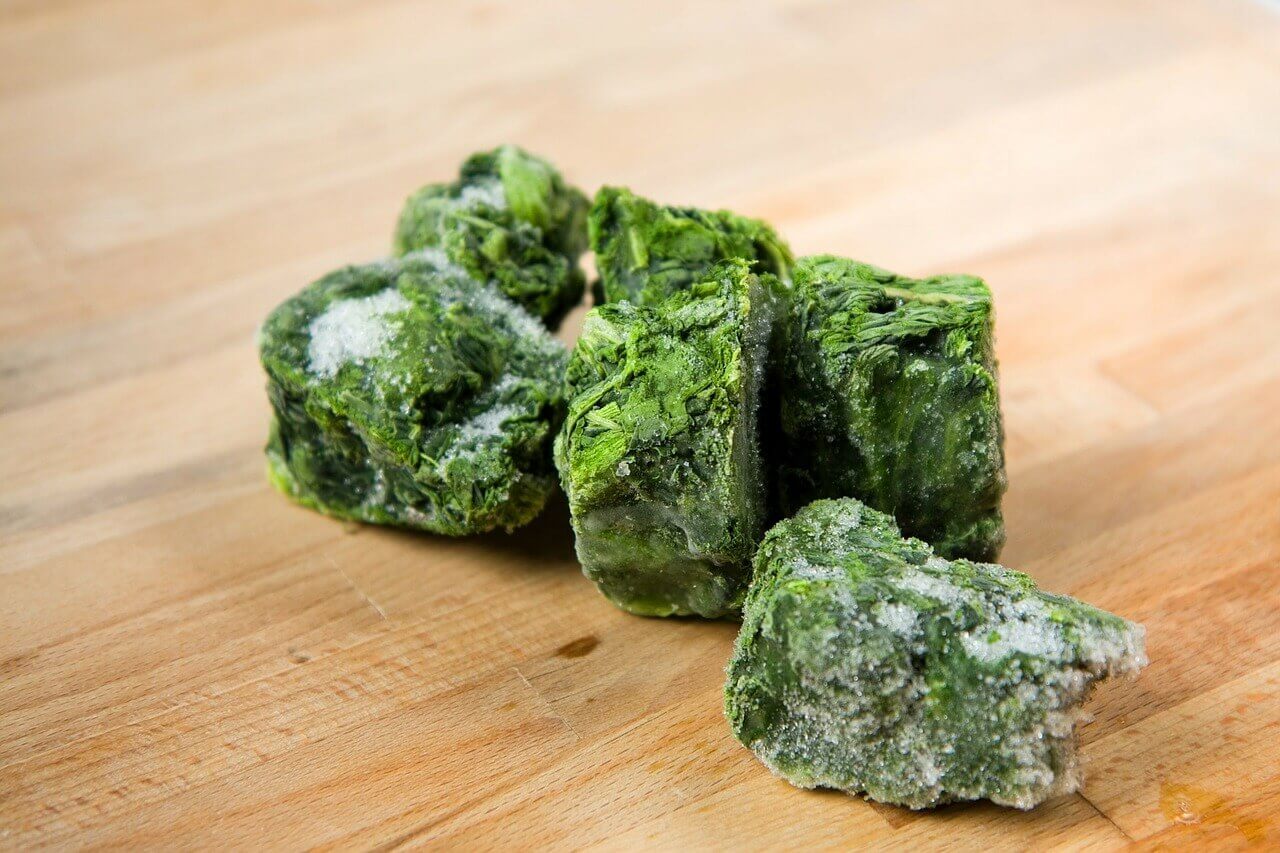 While there are a few ways to freeze fresh veggies, the first and foremost thing you absolutely must do is to wash them thoroughly. If you do not wash your vegetables properly, then you can get sick. Since you aren’t using them for cooking, there isn’t that sanitizing heat to kill all the germs that may be on the vegetables.

After washing them thoroughly in hot water, large vegetables such as celery, zucchini, and cauliflower, should be cut up for ease of storage. Smaller vegetables such as spinach can be frozen right away unless of course, you want to cut them up, that’s up to you. The smaller they are, the faster and better they’re going to be blended up later.

I highly recommend blanching veggies before freezing, even after washing. It’s another step, but it will ensure every germ is dead.

One way to freeze veggies is to store the prepared vegetables in air-tight freezer containers or bags and stick them in the freezer. Sometimes they can stick together, so you might want to separate them into single serving sizes before freezing.

Another way is to stick them into ice trays to freeze. After they are fully frozen, they should be stored in an airtight freezer-safe container. Leaving them in the ice trays isn’t recommended, as they may become contaminated by other things that are in the freezer.

Can I prepare a vegetable smoothie for later?

You can prepare a smoothie for later consumption, but keep in mind that it will change flavor and consistency the longer it is stored. It is best to store them in the fridge or freezer, covered. It is recommended that you drink your smoothie immediately, but if you wish to save it you can keep it in the fridge for a few hours, and in the freezer up to a day or two. If you decide to freeze your smoothie, you might have to let it thaw before drinking, or blend it again.

Do vegetables turn smoothies different colors? Most, if not all, vegetables will turn your smoothies colors. It’s just going to happen, as vegetables are naturally very colorful. If you like the taste but are bothered by the color, you can use berries or food dye to change it, or simply put your smoothie in an opaque container.

Can you use frozen peppers in a veggie smoothie? Peppers are very good for you, but they also tend to have a very strong flavor. The peppers will most likely overpower everything you’re putting in your smoothie, even if you add very few of them and lots of other things. You just can’t hide from peppers, they will always resurface.

Adding frozen vegetables can help to add a healthy boost and a delightful texture to your smoothies, and the added veggies can help to keep you nice and full and satisfied while tasting amazing.