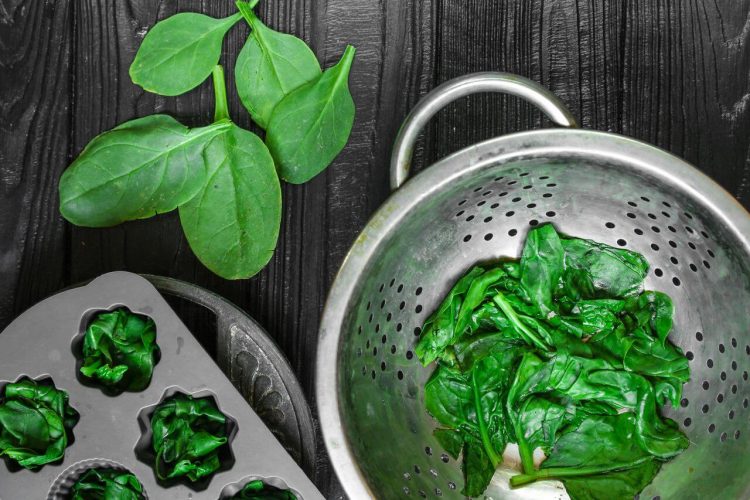 Both spinach and kale are wonderfully crisp and light leafy greens that seem to go good with just about anything. It is no wonder then that so most people like to buy or grow large amounts of spinach and kale with the best intentions of using it all. Yet, that makes the reality that much more unfortunate; both kale and spinach tend to wilt and expire rather rapidly.

If Wilting Spinach and Kale Is a Problem You’re Faced With, You’ve Come to the Right Place! I Will Be Showing You Several Ways to Freeze Spinach and Kale. You read that right; you can totally freeze spinach and kale!

Prepare your spinach and kale for freezing 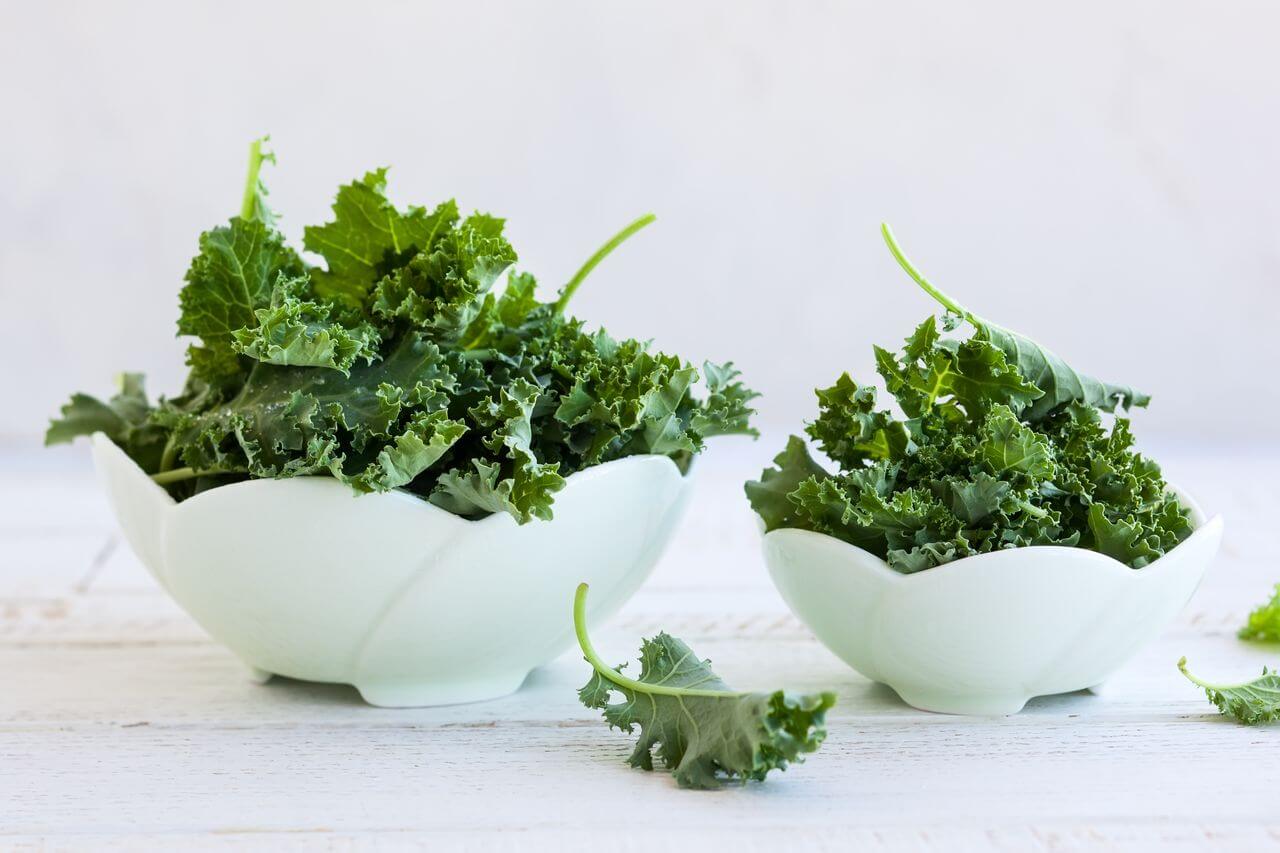 If freezing spinach or freezing kale (or both!) sounds like your kind of food preservation, it’s surprisingly simple to accomplish. As with most things, preparation should be the very first step, regardless of what specific freezing technique you are planning on using. If your spinach and kale leaves aren’t prepped properly, the outcome probably won’t be as good as it can be if you were to give it some real effort. And trust me, it’s worth the little extra effort.

And that does it for the prep! I know, it seems daunting at first. But trust me, all this work is very much worth it. Especially when you consider the alternatives, such as throwing out your precious greens when they inevitably turn. After your prep is done, you can choose your preferred method of freezing and storing, such as… 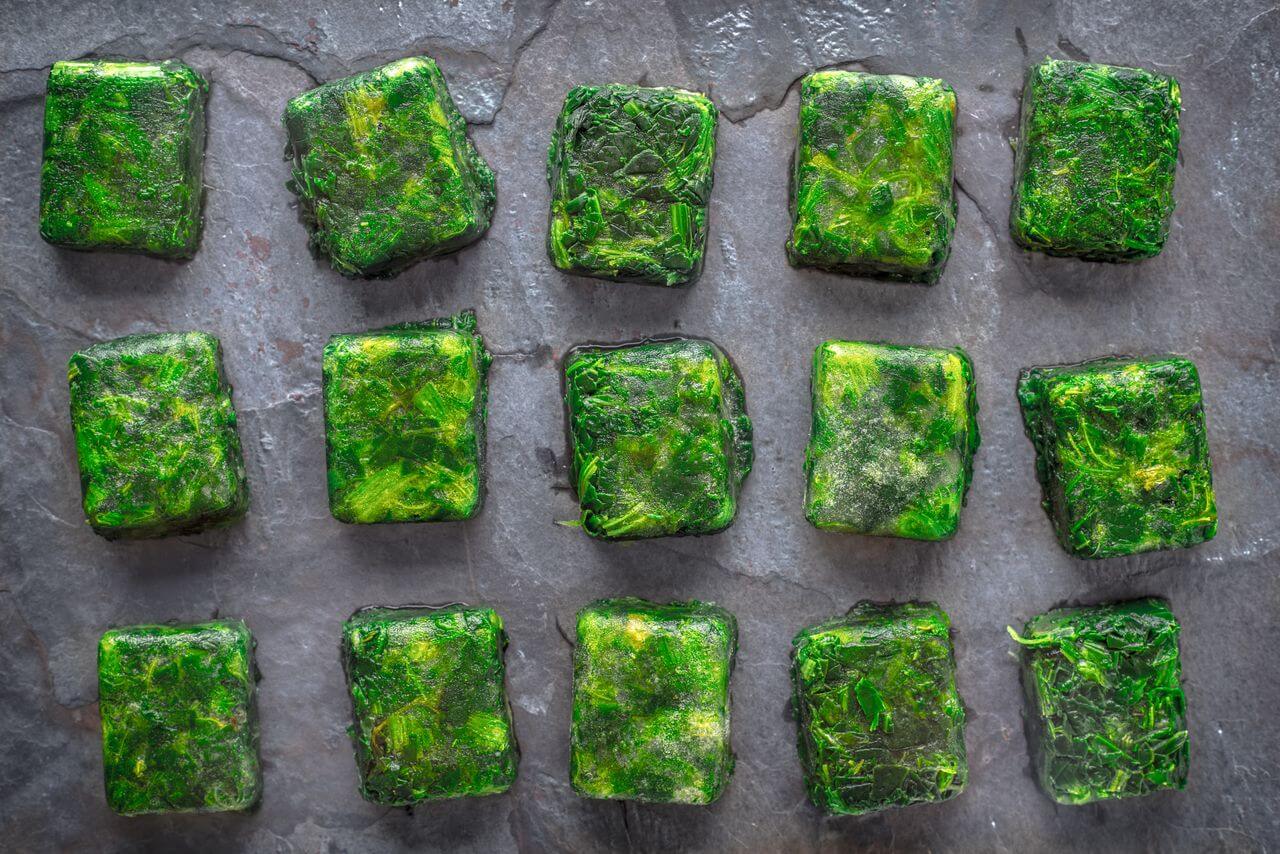 One relativity simple way to freeze spinach and kale is by perfectly portioning out pieces into ice trays and filling the remaining space with water to make it easier to get them out.

Yes, I know we just said that too much water left on the leaves can increase the chance of frostbite, but this is different. By filling in all the air space with water, you’re locking the spinach and kale into the ice, all one temperature, all one frozen block. Just leaving some drops of water here and there will make some spots freeze differently, leaving more room for freezer burn to happen. It’s science!

Once they’re fully frozen, you can then either use them right away, or dump them into a large airtight freezer bag to preserve them. When you’re ready to use them, you can either thaw out the amount you want in a bowl in the fridge, or you can just blend them up as ice cubes.

One thing to keep in mind about blending them frozen is that you should make sure your blender can actually blend whatever size or shape you’ve frozen your kale or spinach as. If you have a powerful blender or small ice cubes that you know you can blend up easily, then you should be golden. However, if you are unsure for any reason, then you should consult your blender’s manual. Or you could also just forgo blending them when they’re still frozen altogether. 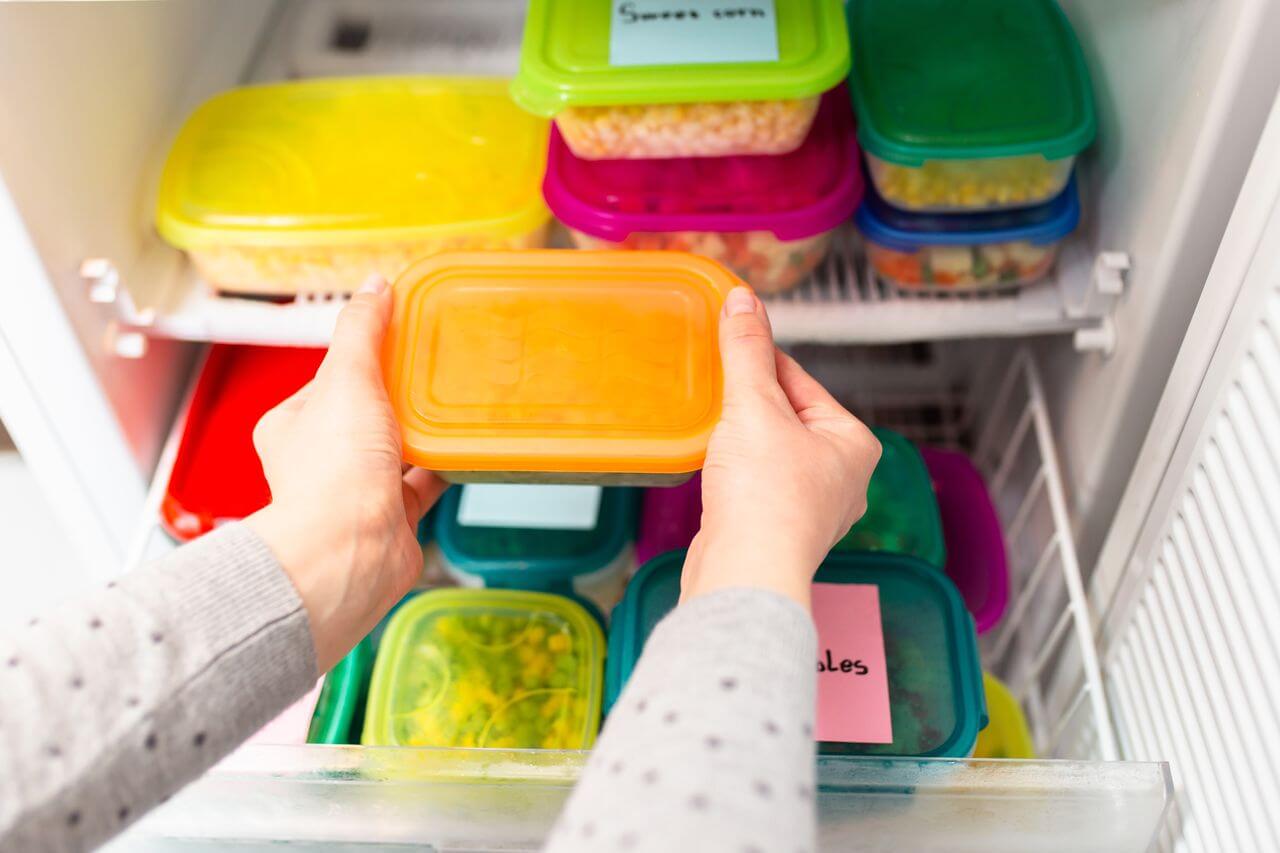 This should work with almost any type of container. I will be talking about plastic freezer bags, hard plastic freezer containers, and freezable jars. However you choose to store your frozen spinach and kale, be sure you always remove excess air. Excess air can mess with the freezing process, as well as possibly make your spinach and kale spoil faster, and we definitely don’t want that after all this effort to make them last longer!

If you choose to use freezer bags, be sure to lightly squish the bag to release all of the air that you can. Even better if you have any vacuum freezer bags, as these will remove more air then just squishing a bag does. However, if you don’t feel like buying a bag squeezing robot, you can roll up your bag to remove air. Starting from the bottom of the bag, slowly roll toward the opening, pushing the air out as you go. Once you’ve rolled the whole bag, simply seal it up.

If you are using any other kind of freezable container, you’re going to want to be sure to pack the spinach and or kale tightly inside. Just try not to squish them too tight or you will probably crush the leaves. If you’ll be juicing your frozen spinach or kale, squishing them at this stage doesn’t really matter though. You want to pack them in there pretty well to reduce the amount of air that’s inside. Remember, the more air there is, the more likely it is to spoil quickly.

Personally, I found that the best way to store my frozen greens was with the freezer bags. They’re just easier to use for me, and they come in so many size options I can pick how much I want as a serving. This is just my opinion, though. Feel free to use whatever you find works best!

Blend them up before freezing 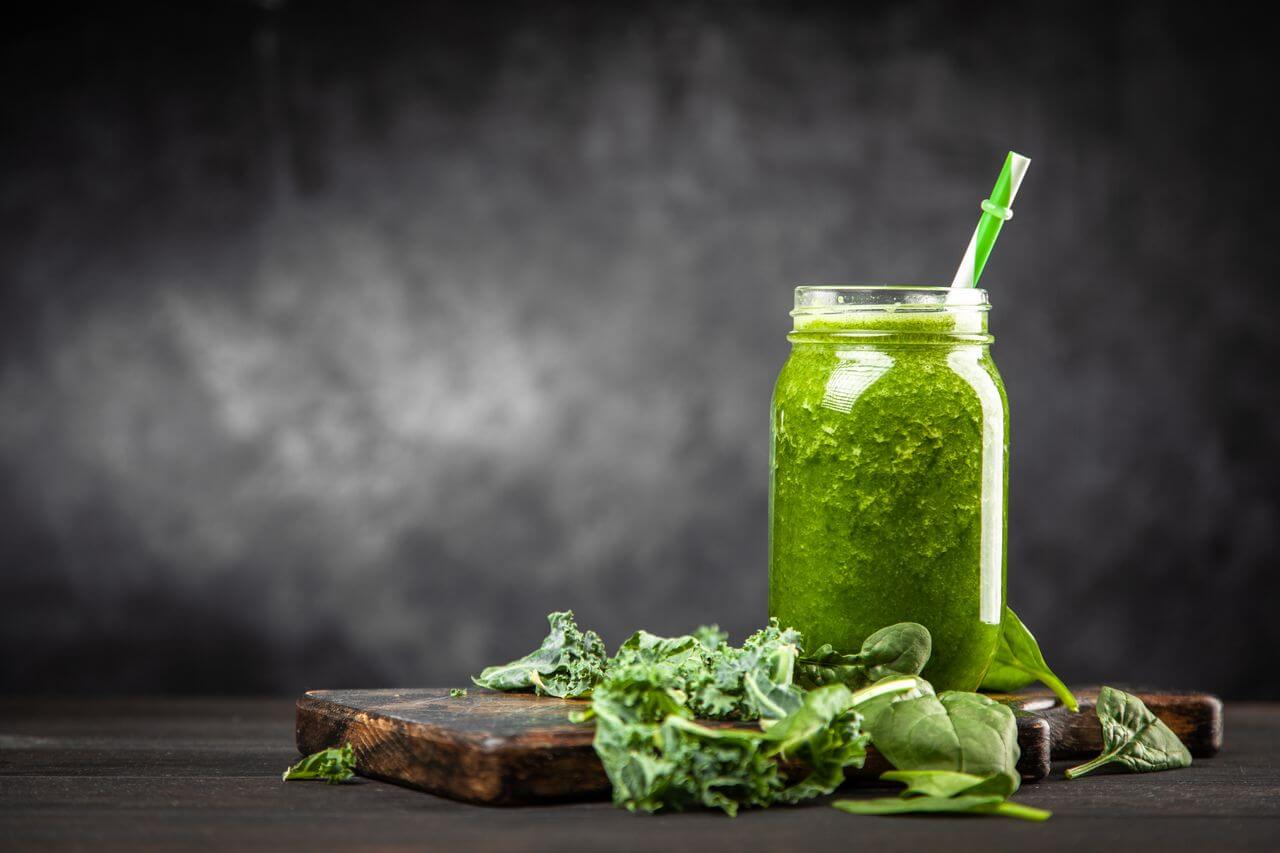 If you don’t plan on juicing your spinach or kale and were just planning to blend them up anyway, you can always blend them before you freeze and then pour them into ice trays. If you use this method, you can plop these into your favorite blending recipes in place of ice for some added nutrition and fiber, while still getting that thickness and coldness that ice is known to give. These also work really well as an additional component to fresh-squeezed juice. You can add the flavor, color, and nutrition of frozen kale or spinach juice cubes to any juices you make without having to squeeze another batch!

After all your cubes are fully frozen, you can pop them out and store them in an airtight freezer container of your choice. You don’t really want to leave them in the ice trays because even though they’re frozen, any air around them is going to cause them to spoil faster. Seal those cubes up tight!

When using ice trays, some people like to use silicone ice trays for easier cube retrieval. While I’m not saying that silicone ice trays are absolutely necessary and you’ll fail if you don’t have them, I do have to agree that they can make it much easier to get your little frozen green cubes out.

How you decide to freeze your spinach and kale should be influenced by how you plan on using them later. For example, if you had planned on blending them up into a smoothie, then perhaps freezing them into ice cubes would probably be best. If you plan on juicing them, then freezing them into serving sized bags and thawing for use might be best.

Unfortunately, no matter how you freeze or prepare spinach and kale, they won’t thaw out crunchy enough to make a satisfying salad. They’re just ever-so-slightly too soft, and feel like eating a bowl of plant leather. You can certainly cook with frozen spinach and kale, too, so get creative!

Having perfectly portioned out and recipe-ready veggies when you want them sounds like a dream, but with a little effort you, can make that dream a reality!

Can you use frozen kale and spinach in a juicer? If your spinach and kale are entirely frozen, it’s best you don’t risk it. While high powered blenders may be able to cut through icy produce, juicers weren’t really made for that kind of thing. Juicers usually work best with fresh produce because it is typically easier to crush into juice. If your produce is frozen, then the juicer can’t really effectively get the liquid out, and will dump out most of the mass. If you want to effectively use frozen produce in a juicer, you should thaw it out first.

Does freezing then thawing spinach and kale take away their crunch? More often than not, freezing and then thawing out both kale and spinach will cause them to wilt slightly and make them less crunchy. While this probably won’t be ideal for something like a salad, if you’re going to use them for blending or juicing it shouldn’t have much of an effect at all. In fact, once fully thawed, the softer veggies are easier to blend and juice.