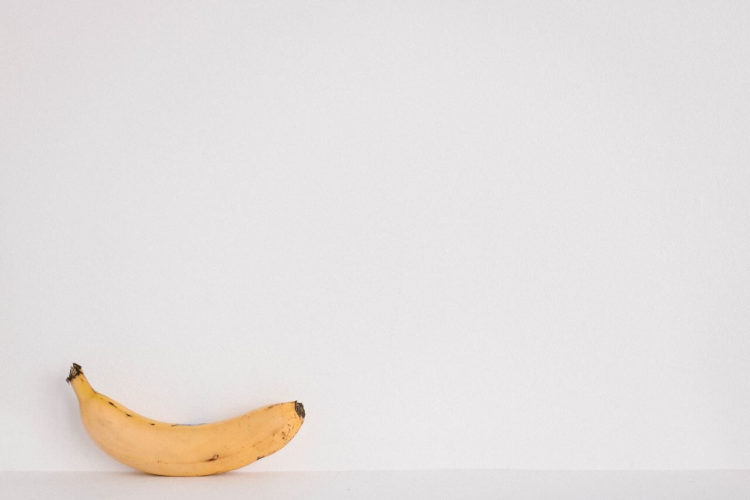 As every health-conscious person knows, bananas are so good for you that they might as well be considered magical. They give bodies a massive boost of nearly everything you need to stay energized, feel full a bit longer, and keep your body running at maximum potential.

But can you juice a banana? No, not in the traditional sense. Bananas don’t contain juice in the same way an apple or leafy greens might. They would produce little to no juice if placed in a juicer, resulting in wasting the majority of the fruit. However, you can juice the peels and you can still use creative ways to include banana flesh in your juices.

I was pretty stoked to learn that I could juice banana peels, and I was even happier to know that adding bananas to my juiced fruits and veggies was considered a good idea. Let me help guide you to using more bananas in your juicing diet.

Why add bananas to your juice? 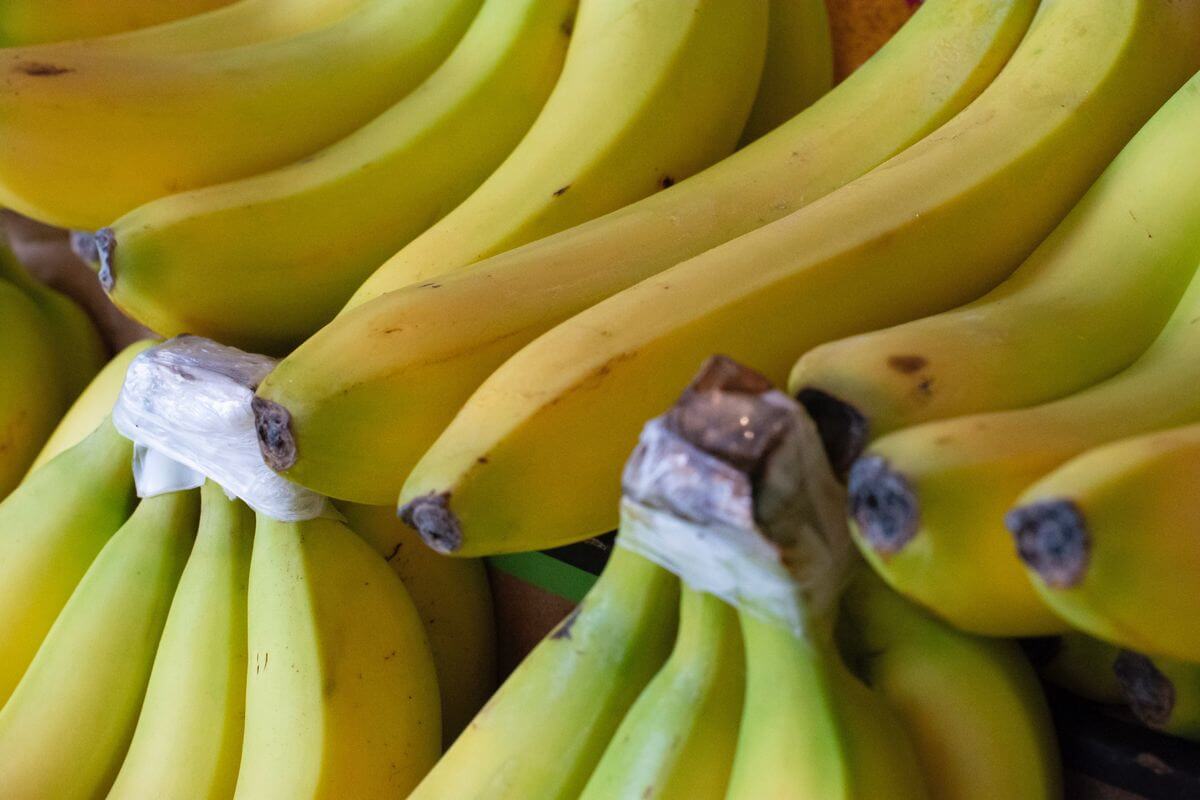 I won’t beat a dead horse here; we all know bananas are good for you. But let me go over the basics of why you should be including bananas in your juice specifically.

First and foremost, bananas are an awesome source of vitamins and nutrients. You get a nice kick of B6, manganese, and vitamin C to begin with. Bananas also provide a whopping 450 mg of potassium. That alone is worth keeping these yellow treats around the house. Next, you can get dietary fiber from a banana, plus folate and magnesium. They even have protein, though it’s not a lot.

I’m not going to cover all the health benefits of each individual nutrient listed here because that’s not what this article is meant to cover. I will say, however, that just seeing that list should clue you in to why bananas need to be a part of your juicing experience.

Energy, nutrition, satiety… I could go on for days about the benefits of bananas. But let’s move on to juicing with bananas.

Why you should juice banana peels 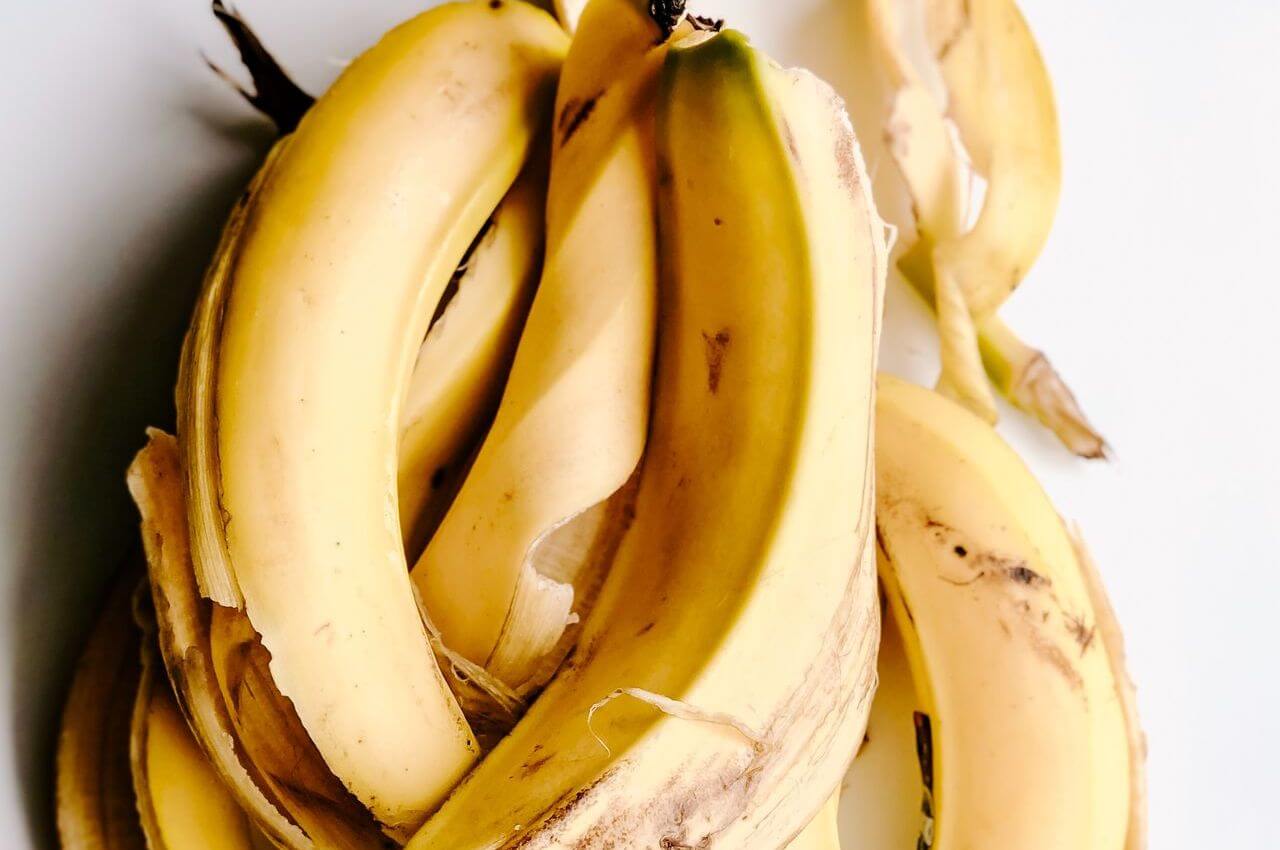 Though I’m a big fan of smoothies, juice, and that sort of thing, I’ll admit that I am not as familiar with juicing strange stuff. In my opinion, banana peels are definitely strange. For all intents and purposes, before someone asked me whether you can juice a banana or not, I didn’t think any part of the banana could be juiced.

During my research, I found out that lots of people are not only putting bananas in their juices in creative ways, but they’re actually juicing the banana peel, too. That’s like the ultimate in my personal rule of “use every part that you can” when it comes to eating well and leaving a smaller carbon footprint.

Now, if you’ve ever taken a bite of a fresh, yellow banana peel, you’re probably cringing at the thought of juicing one. They can be a bitter punch to the taste buds if you’re not prepared for it. The magic of juicing, however, makes sure that bitterness never crosses your tongue.

It’s also worth noting that banana peels are eaten in many parts of the world. They are nutritious and they do become sweeter the longer you let the banana ripen. I’m not going to be covering eating the peels whole in this article, but the same nutrition rules apply. They’re really good for you!

My mother told me when I was very young that banana peels were bitter because they were poisonous. I wasn’t the only one hearing this from worried elders. The problem is that it was a total lie. I don’t know if my mother meant to scare me with a lie or if she truly thought banana peels were full of poison that would melt my face, but she was wrong either way.

You don’t need to just believe what I’m saying though. First, there are recipes all over the internet for banana peel dishes such as Indian banana peel thoran. Other countries have their own recipes, too. But for our science-minded readers, check this out. This study discusses the health benefits of banana peels specifically. And it’s not just some silly thing done for funsies on a blog. This is a legitimate scientific research report.

I don’t know about you, but I’m more likely to believe these scientists when they say banana peels aren’t toxic. Sorry, Mom.

How to juice banana peels 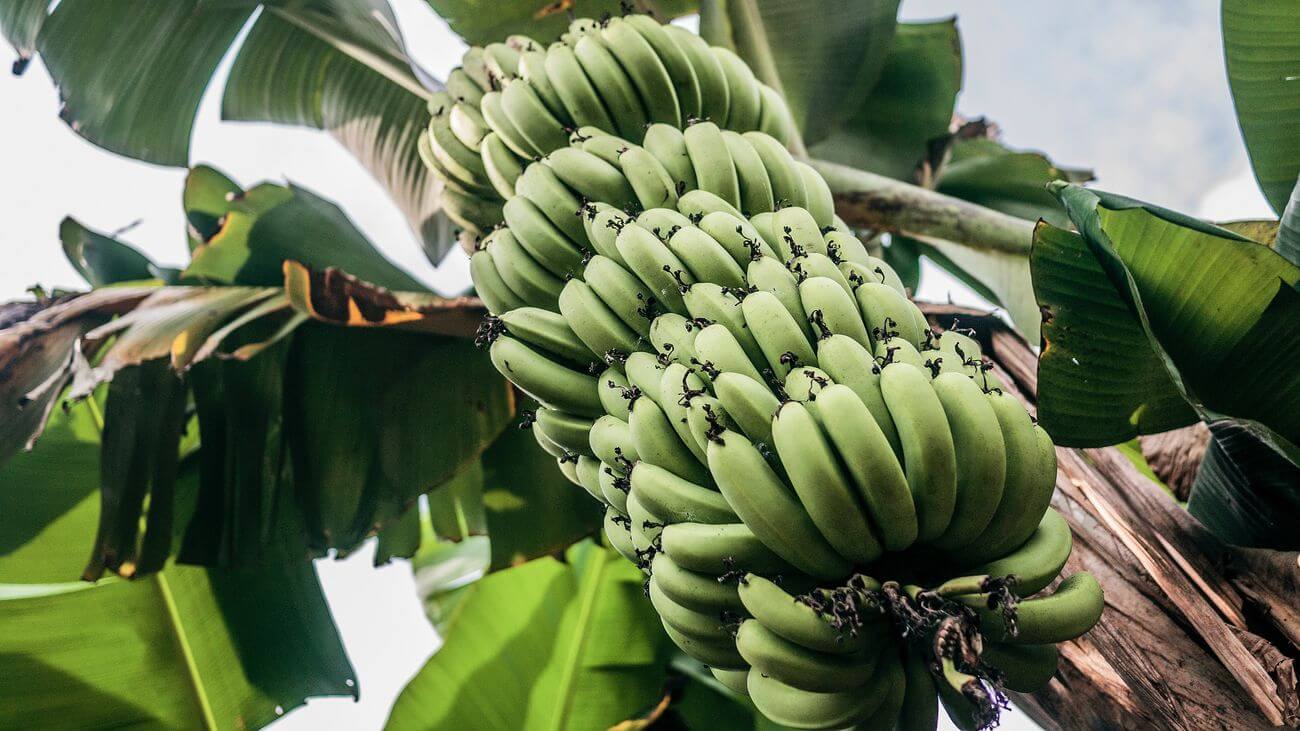 So, now we know that you can juice banana peels and that they’re not toxic bombs waiting to poison you. But how the heck do you juice something that feels like there’s no juice in it?

It’s surprisingly simple, and it really doesn’t take much effort. First, go for organic. You don’t want to juice a bunch of synthetic chemicals and pesticides into your glass.

Wash your banana. It’s easier to do with the skin still on the fruit. Next, peel the banana, set the fruit portion aside, cut the peel into manageable pieces, and then drop them into the juicer. It’s literally that easy.

Depending on the power of your juicer, you may get a lot of juice and very little pulp left, or you may end up with a moderate amount of juice and more pulp. If you’re like me, you have a compost bin and chickens anyway, so nothing truly goes to waste. FYI, chickens love banana peels.

I’m going to be completely honest here. I don’t care for bananas. I consume them because I know I should, but they make me gag if I have to chew them. For years, I’ve added them to my smoothies, baked with them, and pulverized them to be used in oatmeal. But it wasn’t until I researched this article that I tried banana peel juice.

I expected it to be terrible. It wasn’t too bad on its own, to be honest. Yeah, it had that weird peel aftertaste, but it wasn’t bitter like biting straight into the peel. Plus, I tried juicing a very ripe peel with lots of brown spots. Research told me that the riper the banana peel, the sweeter the juice.

Now, I would not personally advise drinking a big glass of banana peel juice, but I’m not going to pretend to know your personal tastes. You may love it. Since I already have a banana aversion, that just was not going to work for me. Instead, I added the banana peel to my usual green juice and it was tasty.

Can I use bananas in my juice? 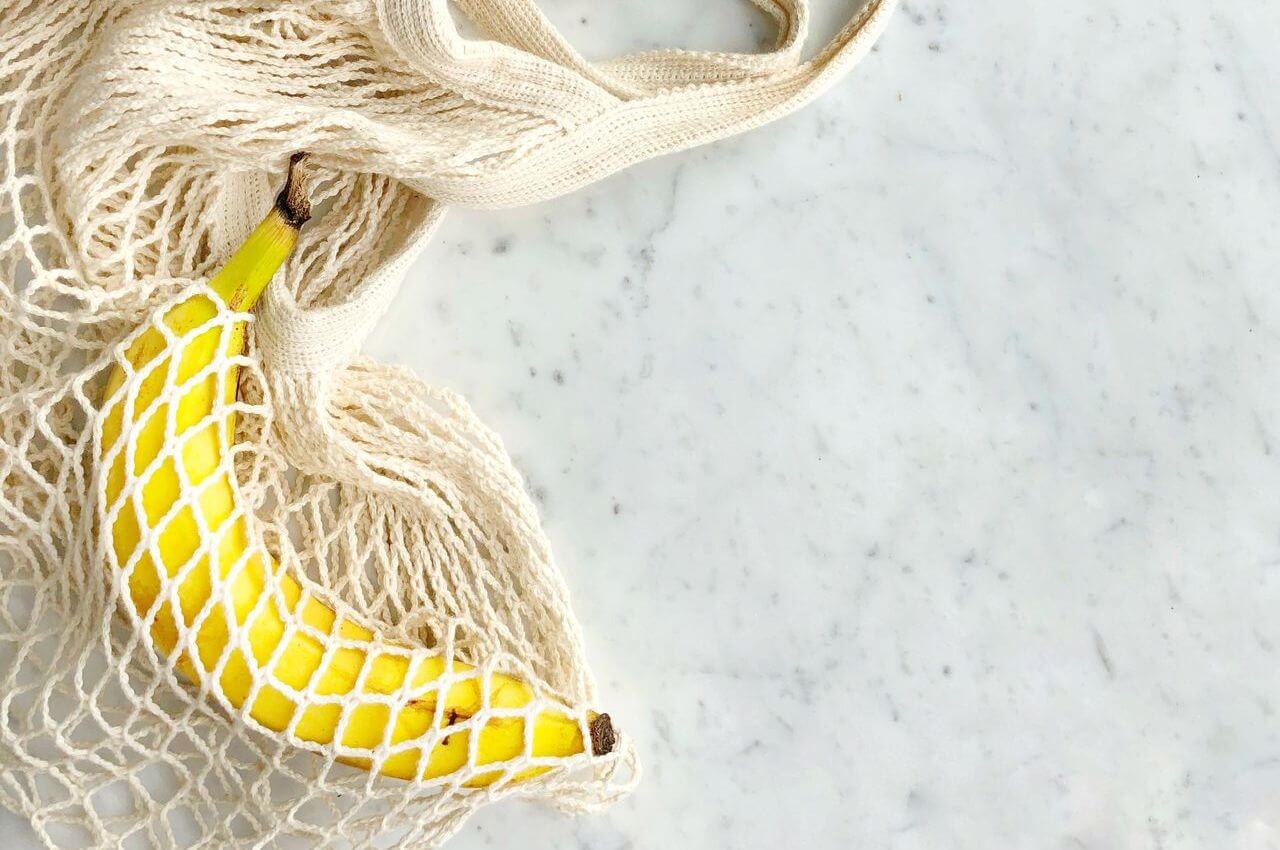 Absolutely! In fact, I fully endorse this. Even though the banana won’t juice like other fruits and veggies, you can run it through a blender mixed with your daily juice. It’s only one extra step, and if you have a nice blender to go along with your juicer, cleanup is a total snap anyway.

Bananas add texture, flavor, and nutrition to everything you put them in. They are a staple for smoothie lovers, so why not add them to your juices, too?

I really like to freeze a bunch of peeled bananas and then toss them in the blender with my smoothie or my juice. I use them to replace the ice cubes! Along the same lines, I ran into someone who uses the banana peels in much the same way. She says she washes the banana skins, tosses them in a bowl in her freezer, and when she has enough, she’ll do a whole big thing of banana peel juice. After they thaw, of course.

Some people like to boil their banana fruits and skins together for a few minutes, then juice and blend the entire concoction together. I’m not sure what the purpose is for boiling all of that, but enough people do it that I thought I’d mention it here, too.

Can you juice a whole banana? You can, but the flesh of the fruit doesn’t have much juice in it. The peel does, however. It’s better to juice the clean peel and then blend the banana fruit into the juice later.

Finding new ways to use the entire fruit and veggie is always an educational experience for me. Like the information I found on juicing banana peels, I often discover that things I see as strange and exotic are, in fact, everyday meals for people all over the world.

Maybe it seems odd, but I view this kind of exploration as a way to help the planet, my body, and humanity. After all, food is the common element for all humans everywhere. When you learn to appreciate the eating habits of other cultures, you slowly reduce the gap between those cultures.

Enough of this squishy, feel-good stuff. Go juice some banana peels and let us know what you think.