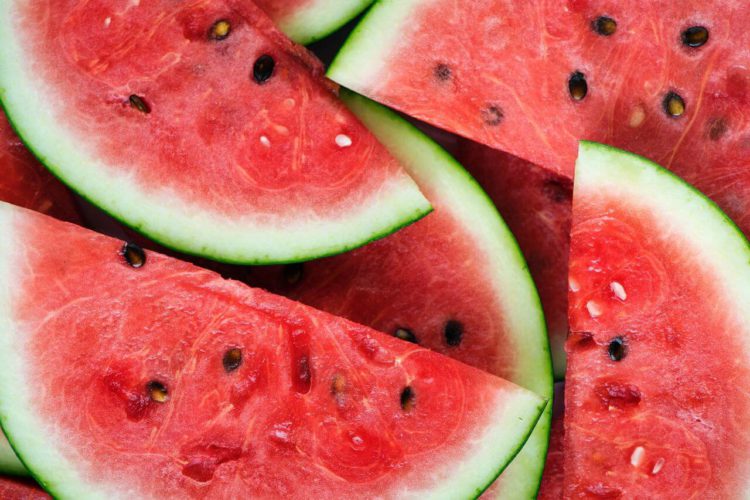 Ah, watermelon. The refreshing and sweet taste of summer. During the warmer seasons, watermelon is a common fruit, seen adorning the shelves and refrigerator sections of many supermarkets and farmer’s markets. Whether you buy one whole, sliced, or grow it yourself, no doubt you want to know the best way to store your melon.

Read on to learn more about different storage techniques and in-depth information on how long watermelon lasts.

What is the best way to store watermelon? 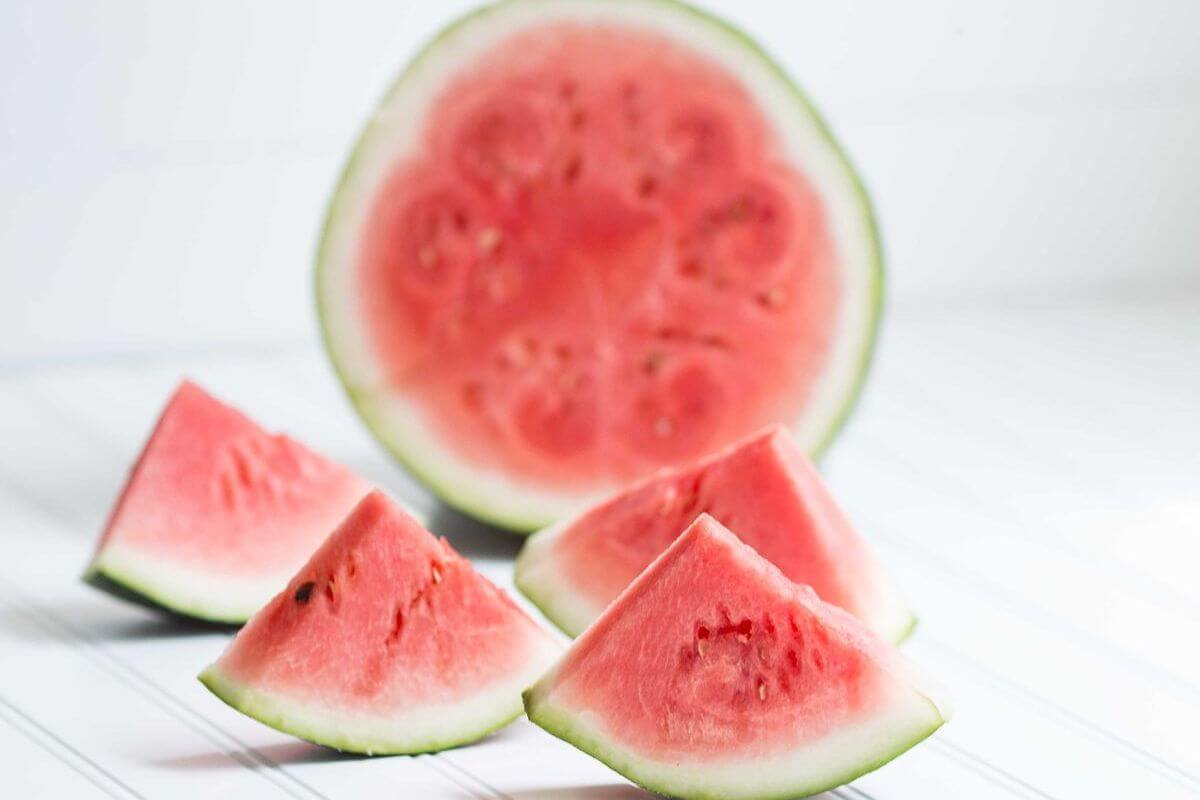 The absolute best way to store watermelon is to keep it whole and store it in the fridge. Because of the thick rind, when stored like this, it should keep fresh for about two to three weeks. It is recommended that you don’t store it on the counter. Even when it’s uncut it won’t last as long sitting at room temperature. Not to mention that it may attract bugs, even when left whole.

If you have already cut it open, or have purchased a pre-cut melon, then keep it fresh longer by storing it in an airtight container in the fridge. At this point, you should definitely not store it on the counter, for the same reasons.

You should only leave your watermelon on the counter if you intend to eat it in under two hours. Not only will longer counter storage encourage bacterial growth, but watermelon is a favorite snack for ants, bees, and fruit flies.

Can you freeze watermelon?

Water freezes, and watermelons literally have the word water in their name. Does this mean you can freeze them?

Simple answer, yes, you can freeze watermelon. Something worth mentioning though is that after thawing your watermelon, it will lose its wonderful crunch. The color and flavor will get duller.

While frozen and thawed watermelon will feel and taste different, as well as lose its vibrant red color, it would be perfect for blending or juicing. You may even just eat it frozen! Frozen watermelon lasts ten to twelve months and is amazing in the hot summer days.

How do you freeze watermelon?

To freeze your watermelon, cut it into small, bite-sized cubes. You can also use a melon baller. Just remove the seeds after cutting or balling then place the watermelon pieces on a tray. Make sure none of the pieces are touching each other. Freeze for an hour or so until completely frozen. Remove the tray from the freezer, place the pieces in an airtight container, and place back in the freezer. You don’t want to place the pieces in the container before freezing because they will stick together, making it almost impossible to take them apart without breaking them completely.

If you don’t mind it coming out as one chunk, it is fine to just chop up some watermelon and store in an airtight container right away. Just be sure to leave enough space for the water to expand while it freezes.

If you’re wondering whether you can freeze a whole watermelon or not, well… You can, but there isn’t a whole lot of information on this and it will probably still turn out mushy. The water inside will also expand and may burst through the rind and make a mess all over the freezer. All in all, I highly recommend you do not do this, but I also can’t stop you.

What is the worst way to store watermelon? 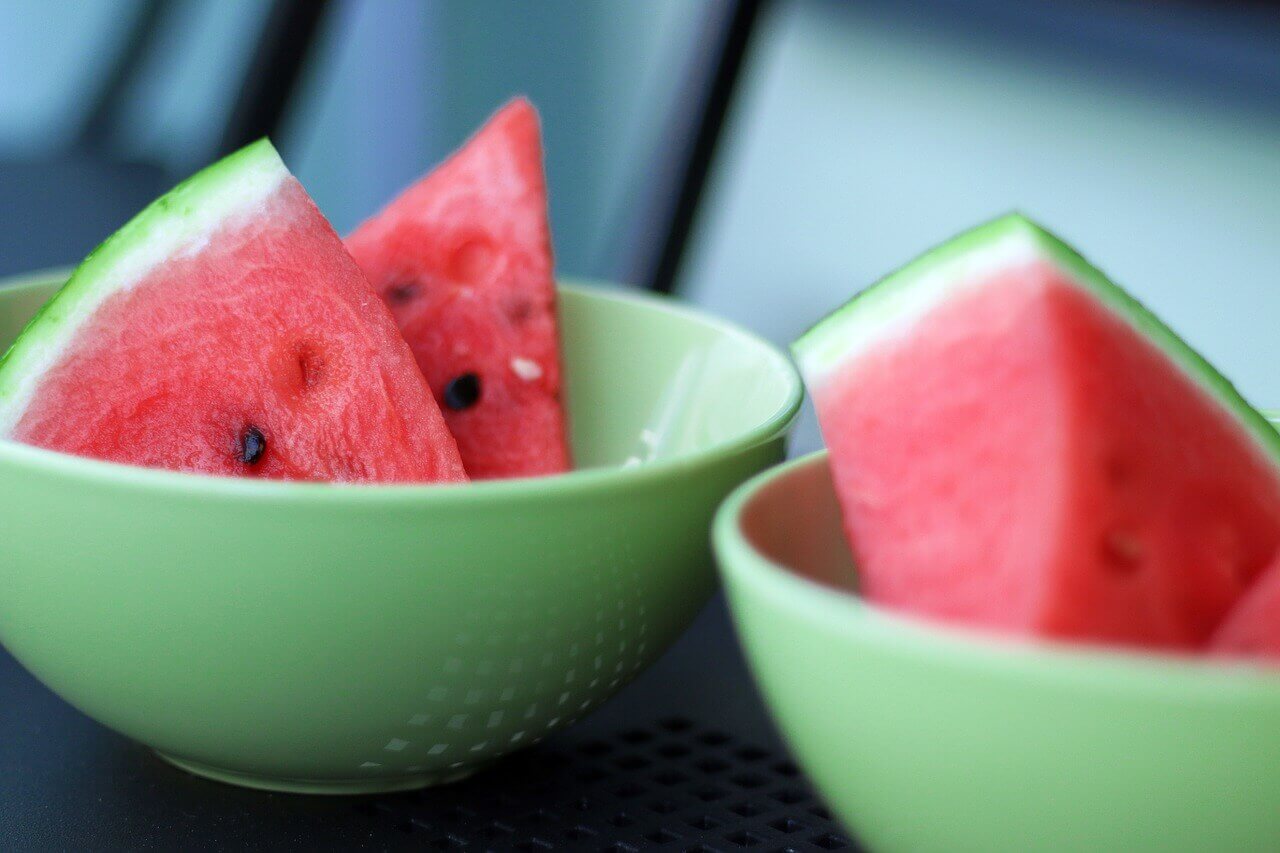 Since I have listed the do’s of watermelon storage, it seems only fair to list the do not’s.

You don’t want to store watermelon in the fruit drawer because not only is it possible the watermelon will crush other delicate fruits, but certain fruits such as apples emit an invisible and scentless gas called Ethylene. This gas causes other produce to expire faster. Yikes! That kind of defeats the purpose of storing in the fridge, doesn’t it?

You shouldn’t store watermelon in a fruit basket for the same reasons as storing it on the counter: leaving fruit out will attract flies and the melon won’t last as long as it would in the fridge or freezer. Also, a large melon might crush whatever else was in the basket.

What can you do with expired watermelon?

Even when kept whole and stored in the fridge or freezer, watermelon won’t last forever, unfortunately. The best thing to do with expired watermelon and watermelon rind is to toss into a compost pail or turner if you have one.

If you have chickens, then you can cut the melon into small to medium pieces and feed it to your chickens, rind and all. In fact, frozen, expired watermelon is a great way to help chickens cool off in the hot summer months.

How do you tell when watermelon is expired?

If whole, inspect the melon for mold, discoloration, and damaged spots. Sometimes when sniffing it, you can tell it has spoiled by an off scent. It smells a little like vinegar.

You can also use this as a guide on how to select watermelon to buy at stores. Does it exhibit any or all of these? If so, it may be best to skip that one in favor of another. 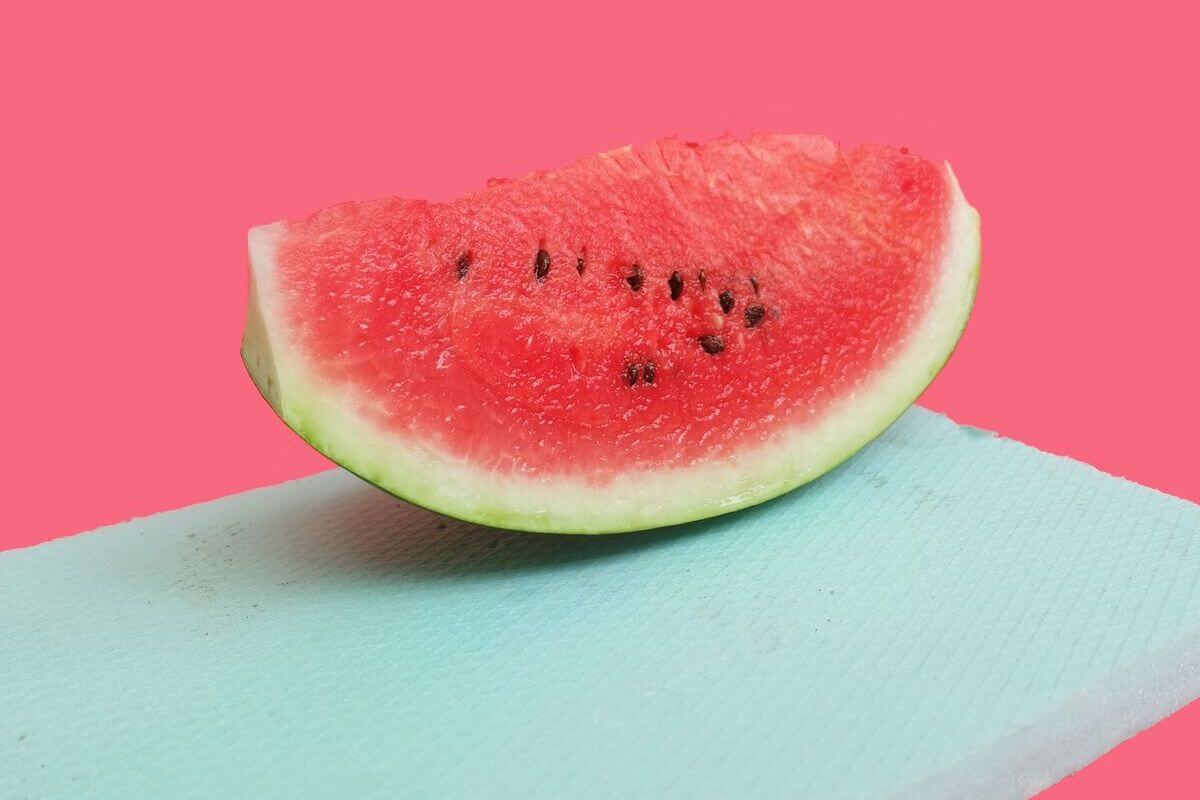 Other than looking for obvious signs of rot, here are some other tips to selecting the freshest melons. Keep in mind, when picking a whole watermelon, it can be hard to tell whether it’s ripe or not.

First, pick it up and visually inspect it. You’re looking for a watermelon with a nice, even shape all around. You don’t want one with any bruising or abrasions as this will decrease shelf life.

If it has a bright yellow or cream-colored splotch on it, don’t toss it! This is what’s known as the field spot and is only where the melon was resting as it grew. If the spot is a cream-colored, this is a melon that is ripe and ready for consumption.

Next, put your ear to it and give it a good tap or two. If it sounds hollow, that’s good. Don’t worry about the people looking at you like a weirdo; they’re not going to get your tasty watermelon.

Make sure that the melon is heavier than it looks, as this should ensure better taste.

Picking a sliced melon is much easier, as you can look and feel its flesh directly. You’ll need to look for a bright red melon that feels firm. If it looks like the seeds are separating and almost falling out, this isn’t the best choice and should be avoided if possible. That usually means it’s been sitting for a day or two and is beginning to oxidize.

Are watermelons healthy? Yes. While they may be made up of about 92% water, they are packed with nutrients and have very little calories when compared to other fruits. The high water content of watermelon is wonderfully refreshing as well.

A 10 oz, or a little over one cup, serving of watermelon has about 21% of the recommended daily intake of vitamin C and 18% vitamin A. Unlike other fruits, watermelon does not have a lot of fiber, so it should be paired with more fiber-rich foods.

What are some different ways to eat watermelon? Watermelon can be eaten in many ways, including cut up in various shapes, blended in smoothies, or juiced. For instance, after removing the seeds to freeze the watermelon, you can roast the seeds for an additional snack. The entire watermelon is edible, including the white flesh, but it might be too bitter for some people.

In short, whole watermelons last longer in the fridge than sliced watermelon does. Sliced watermelon lasts even longer than either when frozen, but will lose some structure if thawed. Do not store watermelon with other fruits, as it will expire faster.

And there you have it! I hope this article gave you new insights as to the storage and handling of this tasty summer treat.