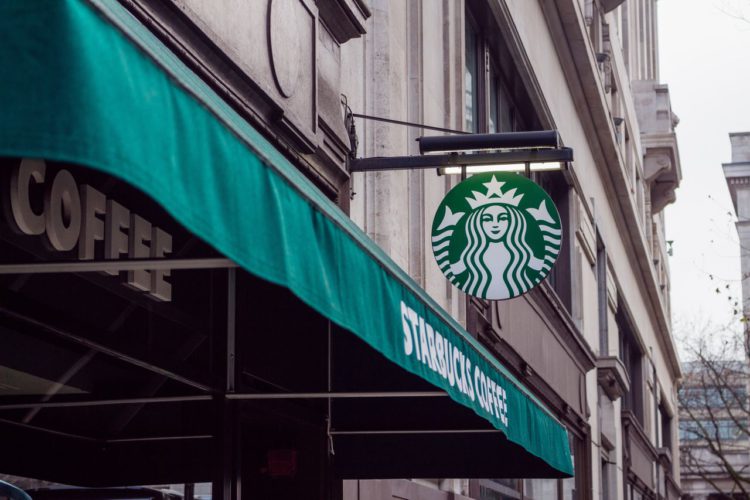 When you’re shopping for the best blender for home use, it’s a good idea to look at what products companies are using. After all, they’re not fond of wasting time or money. Starbucks is known for awesome coffee and excellent blended drinks. It stands to reason that they would use the best of the best blenders. To find out the secret behind Starbucks’ incredible blended smoothies and coffees, I interviewed baristas and did an exhaustive search of the internet.

Though The Quiet One was made specifically for Starbucks, Vitamix is a major name in blending technology. You can find many of the same options and functionalities on home versions of this awesome blender. Let me show you what to look for so you can create your own Starbucks-type masterpieces at home.

You may be wondering what’s so special about this Vitamix Quiet One, especially after we’ve written about blenders before. First of all, Vitamix is one of the major players in the blending world, so you know this commercial blender has to be good.

Like all Vitamix blenders, the Blending Station Advance models boast powerful motors, a lightweight polycarbonate body, a variety of mixing containers, programmable buttons and dials, and an impressive warranty. That’s just to start.

In addition to the unmatched power of their motors, the Vitamix Blending Station Advance is about 18 decibels quieter than other professional blenders. Since Starbucks often opens coffee shops in grocery stores, malls, and other heavily populated areas, quieter machines are an absolute must. Nobody wants to listen to a loud blender all day.

Vitamix achieves the quieter grinding, pureeing, and chopping by using vibration dampening technology. None of the sound dampening technology interferes with the six programmable buttons, the 34 built-in programs, or hampers employees’ cleaning efforts.

All in all, it’s an impressive machine with an unbeatable reputation. You can see it in action here.

Vitamix developed the Blending Station Advance for commercial use. Many of its features would be far too powerful for home use. Frankly, it’s crazy expensive too. With a price tag starting at nearly $1,000, the Vitamix Quiet One isn’t really made for home users.

But don’t despair. Vitamix makes other top-end, incredible blenders that you can use at home. Many of the home models have comparable features to the Blending Station Advance, but with a much smaller price tag.

With all that said, you can check out The Quiet One’s spec sheet and the price tag here.

What are some comparable Vitamix blenders for home use? 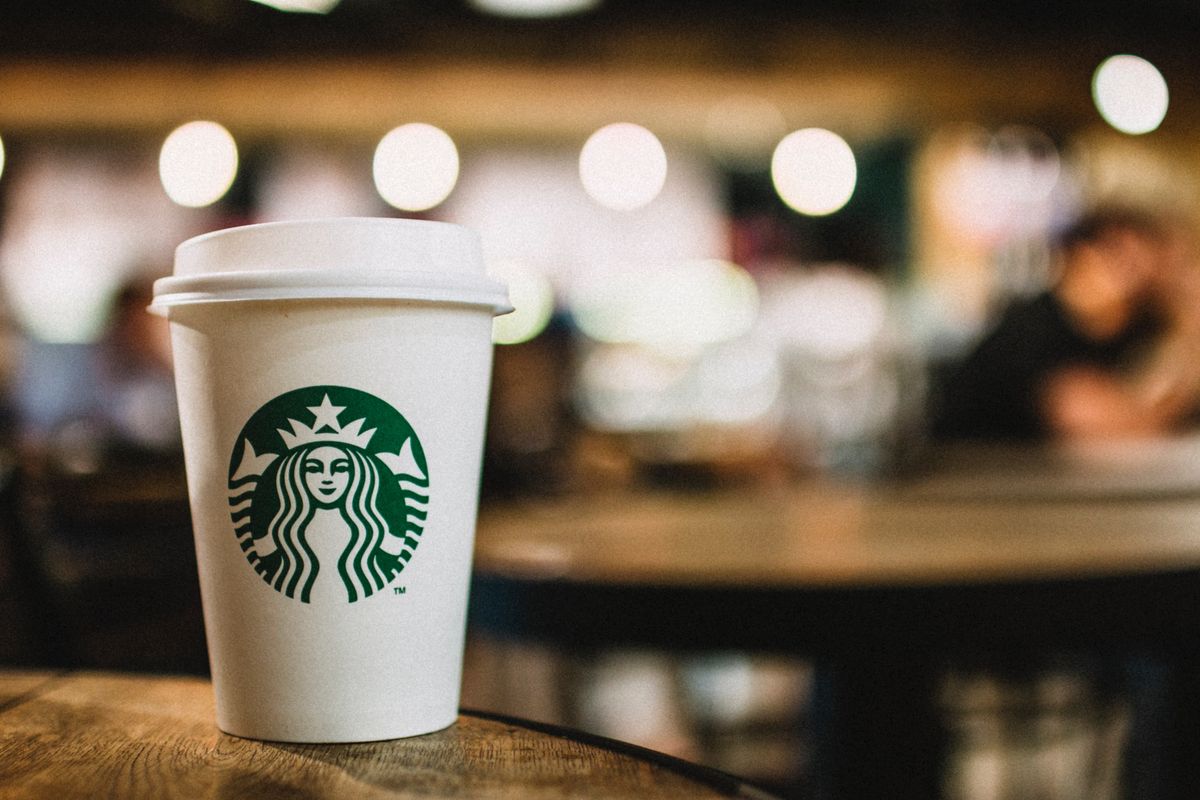 I know how tempting it is to purchase the Vitamix Quiet One, but my bank account would scream if I tried it. However, that’s not going to stop me from getting the best blender I can to reproduce those tasty Starbucks drinks.

Clearly, Vitamix is the leader in its industry. With their incredible warranty, nearly unbreakable motors, and a variety of accessories for every conceivable use, Vitamix is a winner.

So, here’s my list of the top Vitamix blenders that can mimic the blenders used at Starbucks.

This blender’s at the top of my list because it was actually used by Starbucks for a long time. Before they switched to The Quiet One, you could find the Vitamix Professional Series 750 blender in most Starbucks stores. And for good reason.

It comes with a 64 Oz low profile container and hardened stainless steel blades. There are five pre-programmed settings for things like smoothies, soup, and frozen desserts. But you’re not stuck with the programmed settings. This versatile blender also has a variable speed control and pulse feature.

Like all Vitamix blenders, the Professional Series 750 has a self-cleaning mode. Just add a drop of dish liquid and some hot water, hit start, then walk away. In about 30 seconds you have a clean blender ready to make another delicious Starbucks drink.

Some other notable features of his blender include making hot soup without touching a stove, creating frozen treats in mere seconds, mixing batters and thick doughs, and the ability to grind nuts, coffee, and other hard ingredients without damaging your machine.

The Vitamix A3500 Ascent Series is the newest and smartest blender in the Vitamix catalog. What makes this blender so special is the auto-detect system. Simply place any smart container of your choice on the base, and the A3500 will automatically detect it and adjust its speed and power to match. This prevents over blending your ingredients and damage to your machine.

Another cool feature of the Vitamix Ascent series is the built-in wireless connectivity and the IOS and Android app. There is also a built-in timer, touchscreen controls, variable speed knob, and a beautiful digital display.

This is all packaged with a snazzy recipe book, quick-start guide, and a sturdy tamper to keep things moving.

For our budget-minded readers, the Vitamix E310 Explorian Blender is a good choice. While it doesn’t come with all the bells and whistles of our previously mentioned blenders, it’s still a solid machine.

The Explorian blender has 10 variable speeds, a handy pulse feature, and hardened stainless steel blades. Like the more expensive Vitamix blenders, the Explorian has a nice self-cleaning feature.

The main drawback to this lower cost Vitamix machine is the lack of easy programming. You may have to spend some time fiddling with the controls to get that truly unique Starbucks texture and quality. However, it’ll be a tasty experience, I’m sure!

Are there any non-Vitamix blenders that can make Starbucks drinks? 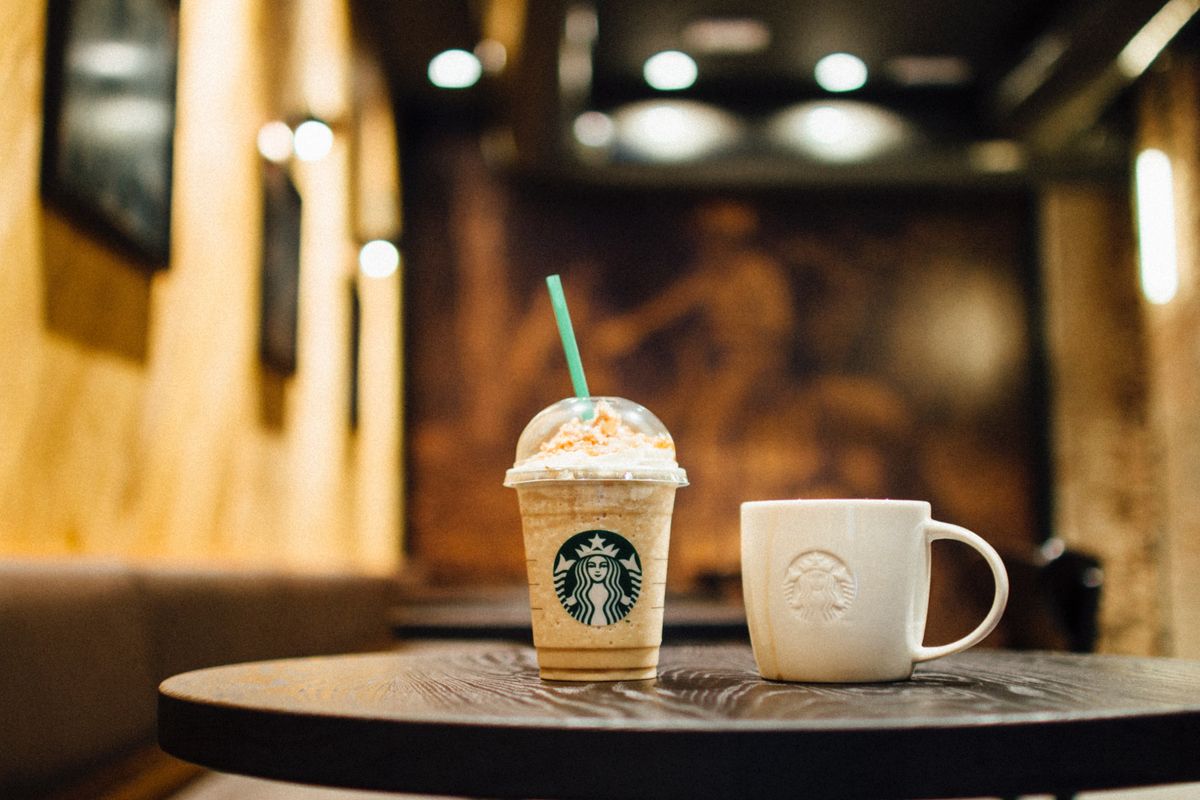 Technically, any blender can produce Starbucks-like drinks with enough effort. Unfortunately, most of the budget options won’t be able to match the quality and longevity of Vitamix.

There is one exception. The Ninja Mega Kitchen System (BL770) is a fine machine that can slice and dice its way through just about anything you throw at it. In addition to being a solid blender, this device can act as a food processor, too. It’s not as fancy as the Vitamix blenders, nor does it come with the same warranty and decades of good reputation, but it’s a solid piece of kitchen equipment that can get the job done in style.

The Ninja Mega Kitchen System is bulky and awkward at first glance with its multiple parts and accessories, but if you make room for it on your counter, it’ll treat you right. It comes with a large blending container, plus two single serving smoothie cups and a food processor bowl.

Both Ninja blenders will be able to create your favorite Starbucks smoothies, iced coffees, and other drinks with relative ease. If you’re feeling adventurous, try these Ninja blender recipes.

What blender does Jamba Juice use? Jamba Juice uses a Hamilton Beach blender that you can purchase for home use. In 2015, they released four new products to help you create your own Jamba Juice-type smoothies and drinks.

Though Hamilton Beach is best known for lower-priced blenders and appliances for home use, they also have powerful commercial products. Some of those powerful, high-end products are now available for home users, thanks to a partnership with Jamba Juice.

Whichever blender you decide to try, making Starbucks drinks at home can be challenging. Just take your time, practice, and enjoy the process!

Leave a Reply to Phil Cancel